A massive compendium of over 250 magic items from dozens of DMs Guild creators.

A review copy of “Artifacts of the Guild” was provided by the publisher. Find more DMs Guild Reviews on my website and YouTube channel.

END_OF_DOCUMENT_TOKEN_TO_BE_REPLACED

Pokémon Sword and Pokémon Shield are two of the most anticipated games coming later this year. The eighth generation will make the pivotal leap from a handheld-focused series onto the Nintendo Switch. They also represent the first all-new main Pokémon games since 2016’s Pokémon Sun and Moon.

Details have been scarce, with Nintendo and The Pokémon Company teasing us with trailers and introducing the three new starter Pokémon. A Sword and Shield-focused Pokémon Direct is scheduled to stream next week on June 5. The Direct should provide further details, and hopefully a release date.

Until then we have mostly speculation and a wishlist of features for Pokémon Sword and Shield. 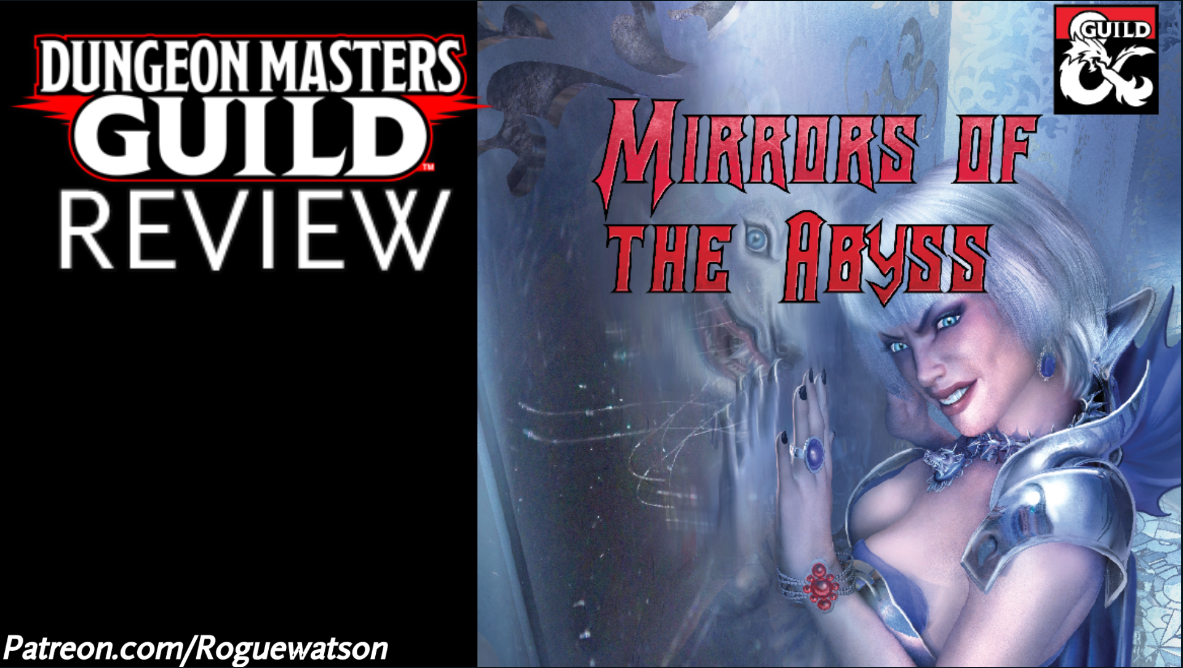 A review copy of “Mirrors of the Abyss” was provided by the publisher. Find more DMs Guild Reviews on my website and YouTube channel.

Tier 4 content (levels 16-20) on the DMs Guild isn’t exactly common. High level adventures are exceedingly difficult to balance, and are often the culmination of years-long campaigns rather than a self-contained adventure.

“Mirrors of the Abyss” tackles a high level adventure with an excessively detailed deathtrap dungeon in an abyssal domain run by a vulpine demon woman named Eshebala. Think “Tomb of Horrors” but with a lot more personality, a la carte chambered dungeon design, and over 260 pages of detailed information and beautiful original artwork.

END_OF_DOCUMENT_TOKEN_TO_BE_REPLACED

Our heroes fight back when one of the pirates of Chult tries to shake them down.

When the party first arrived at Chult via ship, they were stopped by a marauding pirate crew. The ship was turned down, the crew robbed, and the party could do little more than hide and watch. Now, however, they are far stronger. When another pirate captain tries to do the same, they’re prepared to fight back.