Had I read Masque of the Red Death Player’s Guide before reviewing Red Jack, I would have had a much better understanding of Gothic Earth. The 100+ page rulebook effectively adapts D&D 5e’s rules into the late 19th century supernatural setting, providing new classes, archetypes, weapons and rules into an extremely well-produced and organized book.

END_OF_DOCUMENT_TOKEN_TO_BE_REPLACED

Nemesis Games by James S.A. Corey
My rating: 5 of 5 stars

The Expanse made it to Book 5 before they finally had their Empire Strikes Back, both in tone and excellence.

Unlike the previous novels, Nemesis Games takes our heroic space-faring foursome and splits them up, with everyone getting their own PoV chapters. It’s like in a tabletop RPG campaign where we focus on individual characters and their own personal stories – except here the book deftly weaves these stories into the main plot as everyone becomes entwined in an apocalyptic event that sets up all new stakes, alliances, and warfare within the inner systems. And we witness it unfold from four different angles! It also finally brings fan-favorite past supporting characters like Bobbie Draper and Clarissa Mao in really cool ways.

My only complaint is that it doesn’t really conclude, instead serving up an intriguing springboard into a new main plot.

Nemesis Games is easily the best book of the entire series up to this point. I only hope the rest of the novels can keep up the momentum.

View all my reviews 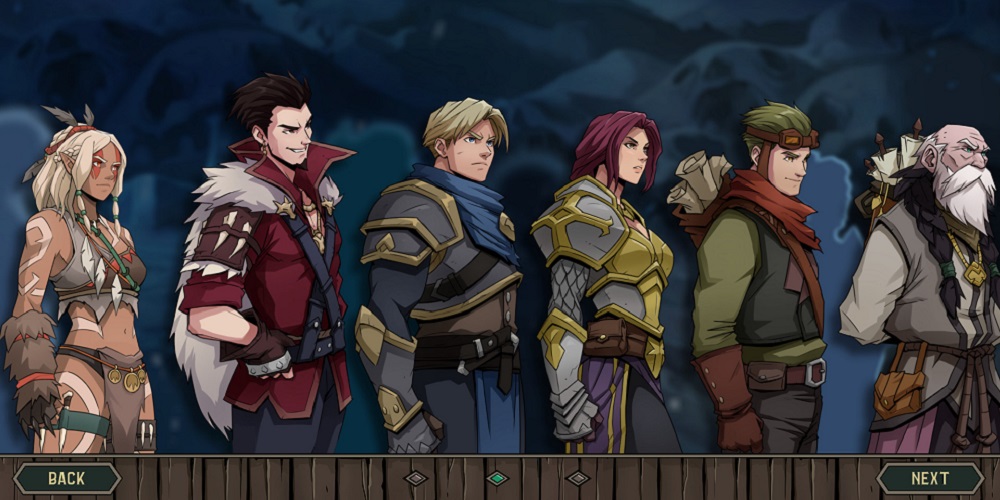 Slay the Spire’s successful year-plus Early Access run and launch last year helped popularize an exciting new genre. While “card battler” could be used to describe digital adaptations of collectible card games like Magic: The Gathering and Yu-Gi-Oh, it’s increasingly used to describe RPGs, roguelikes, and strategy games that happen to use cards to represent items, buildings, or abilities.

If you’re looking for more excellent card battlers besides Slay the Spire, we’ve compiled a list of some of our favorites.

We play Gloomhaven on Tabletop Simulator!

Watch my How to Play Gloomhaven tutorial video.

40 urban encounters tied to Baldur’s Gate, with a tension meter as the city falls towards oppressive order or bloody chaos. 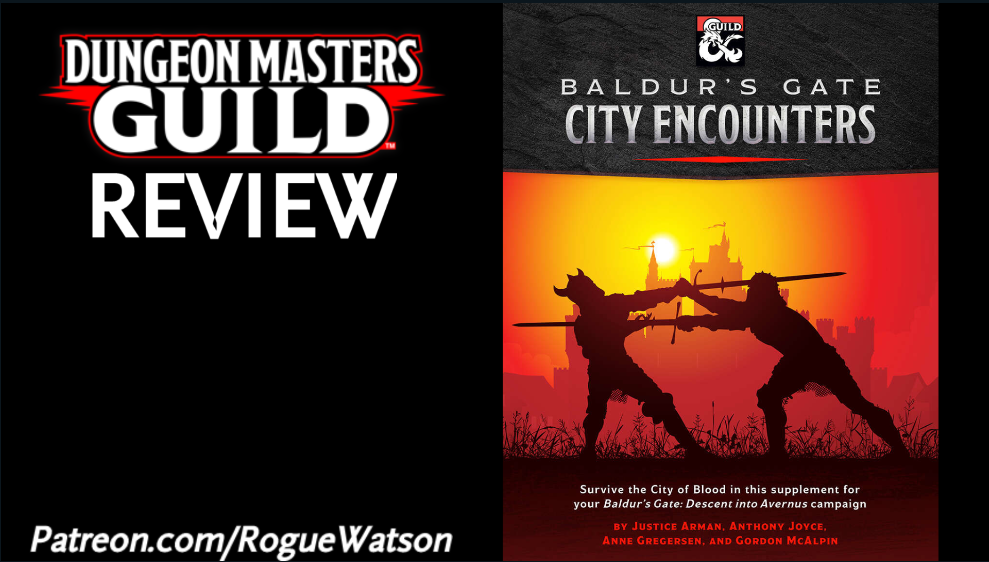 A review copy of “Baldur’s Gate: City Encounters” was provided by the publisher. Find more DMs Guild Reviews on my website and YouTube channel.

Although the city name is right there in the title, Baldur’s Gate is only featured in the opening chapter of the D&D 5e adventure Baldur’s Gate: Descent Into Avernus, mostly serving as a low-level series of quests to get the party leveled up before going to hell.

If you’re looking to expand that chapter, or use the city in your own campaign, Baldur’s Gate: City Encounters features 40 events and encounters tailor made for the City of Blood, providing the perfect mix of serious, meaningful encounters as well as fun, flavorful events.

END_OF_DOCUMENT_TOKEN_TO_BE_REPLACED

Descending to the third level of the dungeon the party battles more Tomb Guardians, and find a cursed skull.

Jeremy Crawford has his love of role-playing and voicing hags – I have my animated skulls. The flameskull from Wave Echo Cave, the chamber of skulls from The Weeping Colossus, and now Yakka the cursed skull from the third level of the the Tomb of the Nine Gods.

Yakka became such a centerpiece of the session that the party had to deal with it as soon as possible. Thankfully we collectively dealt with both Yakka, and that pesky Nangnang-possessed Gray Slaad, in one fell swoop.