The X-Men go to war with Norman Osborn’s Dark Avengers, and the fate of mutantkind leads to a creation of yet another new home. 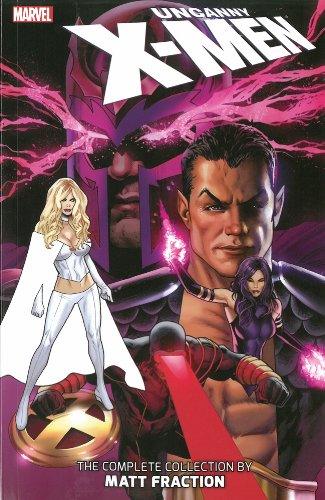 “Hello again. My name is Scott Summers and I’ve been an X-Man since I was fifteen. And like everyone else here, I’ve been a mutant all my life.”

I was originally going to open with “It was a time of upheaval for our beloved mutants,” but honestly it’s always a damn time of upheaval. From House of M to Emperor Vulcan and the Shi’ar Empire to Messiah Complex, the X-Men have barely had a chance to tell more character-focused, one-off stories before being whisked away to the next major event.

If you can’t already tell from the cavalcade of artists and issues included in this collected volume, this is yet another major event. To Marvel’s credit, most of these events do change the status quo of X-Men and mutants quite a bit, from destroying Xavier’s school to moving the X-Men West to San Francisco.

The Complete Collection Volume 2 covers the Dark Reign era – circa 2009. The X-Men are involved in a growing escalation of anti-mutant hatred in the not-so-progressive city of San Francisco, eventually clashing with Norman Osborn and the Dark Avengers. A new Dark X-Men team is temporarily created by Emma Frost, and Scott shows off his Wartime Consigliere skills when he creates yet another new home for mutantkind by dredging up a surprising location. END_OF_DOCUMENT_TOKEN_TO_BE_REPLACED