Thanos is one of the biggest badasses of the Marvel universe. Yet he even he knows that one does not simply invade the Earth. Earth is lousy with superpowered people, many with the power to practically (and some, literally) rewrite existence (looking at you, Scarlet Witch). What’s a mad Titan to do?

The original five X-Men are brought forward in time to find their mutant dreams of peaceful co-existence have never been further away.

Avengers Vs. X-Men was a major event in the Marvel universe. It finally reversed the Scarlet Witch’s “No More Mutants” decree back in 2005’s House of M, turned Cyclops and a few of the more grey-area X-Men into hidden revolutionaries, and led some of the more pro-active X-Men into joining forces with the Avengers.

All-New X-Men‘s story hook had me immediately rolling my eyes. The Beast, fed up with Cyclops’ post-AvX turn as a murderer and mutant revolutionary, decides the best course of action is to travel back in time to when the original five X-Men were starry-eyed teenagers under the tutelage of Professor Xavier (Marvel plays it coy with the dates. Jean is sporting a 1960’s era bob cut but obviously our modern heroes aren’t 60 year olds…). END_OF_DOCUMENT_TOKEN_TO_BE_REPLACED 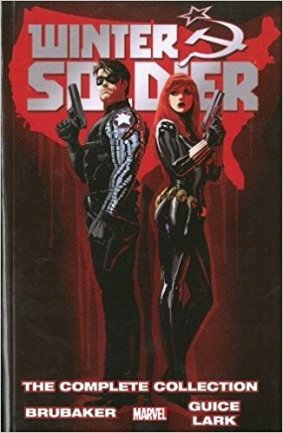 But all I want to really talk about is how amazing the Winter Soldier series is. END_OF_DOCUMENT_TOKEN_TO_BE_REPLACED 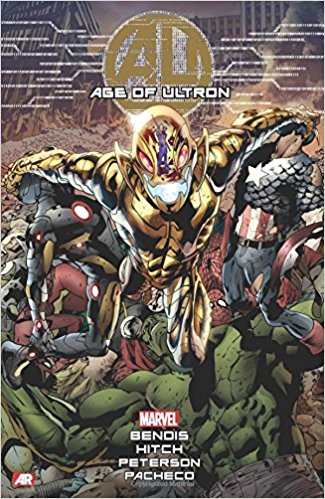 Age of Ultron has a fun premise (that’s absolutely nothing to do with the 2015 film): let’s do Age of Apocalypse, but with Ultron! Instead of X-Men we’ll focus on Avengers in a post-apocalyptic world ruled by a supervillain.

Unfortunately Age of Ultron loses its footing almost immediately, with a main plot that focuses more on time-travel bullshit and alternate realities. Ultron himself doesn’t even show up until the last issue, and it’s practically an afterthought. END_OF_DOCUMENT_TOKEN_TO_BE_REPLACED

Matt Fraction concocted one of the most easy to jump into and satisfying new comics I’ve read in years.

My comic reading has slowed down significantly this year, which is ironic given I’ve finally reached the era I’m most excited to read: Marvel Now, the post Avengers Vs. X-Men era that began late 2012 and ran until Secret Wars in 2015.

Since I began my grand comic catch-up in late 2014 I’ve been very excited to reach this era, which brought lots of new characters and fun new takes on existing characters, including Ms. Marvel, Captain Marvel, Thor, and Hawkeye.

Hawkeye’s previous claim to fame was that he died and was brought back by Scarlet Witch. He went through an existential crisis for a few years, including dressing as a ninja and calling himself Ronin. A new character became the new Hawkeye, a Young Avenger named Kate Bishop. At some point Clint Barton resumed his original Hawkeye-ness and became fairly boring again.

Then something magical happened. A new Hawkeye solo series launched as part of Marvel Now. It focused on Clint’s life when he’s specifically not an Avenger, and it turns out that life is equal parts humorous, emotional, and action-packed. Matt Fraction concocted one of the most easy to jump into and satisfying new comics I’ve read in years. END_OF_DOCUMENT_TOKEN_TO_BE_REPLACED

Avengers Vs. X-Men was a massive event. Most Marvel events are big, but they tend to balance smaller events with a few tie-ins with larger, world-spanning events that completely take over all the comics. AvX was definitely the latter in 2012.

It’s also very gimmicky, and staged almost like an empty-headed Summer blockbuster. Even the title doesn’t exactly evoke a lot of mystery. Yet it gradually evolves from a vapid smackdown into a dramatic story that deconstructs Cyclops’ recent worldviews and mutants’ place in the world.

The plot boils down to the return of the Phoenix – that cosmic firebird that has caused the X-Men many headaches in the past. END_OF_DOCUMENT_TOKEN_TO_BE_REPLACED

I did it. I finally caught up to The Walking Dead show. And quite a bit beyond with this third massive compendium of comics.

The Walking Dead: Compendium Three covers a major transition in the style and story-telling of the comic. The war with Negan is the culmination of several volumes worth of stories, providing a very satisfying conclusion.

But the series doesn’t end there. Instead we get a big two-year time jump for society to rebuild and deal with the more mundane problems that entails. Near the end of the compendium an exciting new threat emerges that threatens everything they’ve built. Overall it feels like a much different comic than the previous 96 issues. END_OF_DOCUMENT_TOKEN_TO_BE_REPLACED

Eric Watson
Create a free website or blog at WordPress.com.