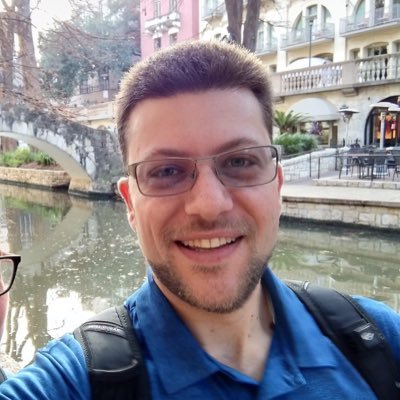 Eric graduated from Texas Christian University in 2006 with a B.S. in Film Analysis and an English minor. He dipped his toes into retail management before starting a family and getting back to writing.

His professional writing career began with a blog on Game Informer in 2012.

In 2013 Eric joined the gaming and entertainment website Leviathyn as a regular contributor, and later accepted the position of PC Editor.

In 2014 Eric began freelance writing for multiple clients, continuing to specialize in writing about video games, tech, entertainment, and tabletop games, and the people who make them.

You can find a rotating list of his most recent work on his Pressfolio page. The full archive of published works can be found here.

In 2018 Eric started a Patreon to expand the channel and began a regular weekly schedule of live streamed Let’s Plays, TTRPG reviews, and his regular weekly live streamed D&D game with childhood friends. Over the years they’ve played several major Fifth Edition campaigns including Princes of the Apocalypse, Storm King’s Thunder, and Tomb of Annihilation.

Fans of the YouTube channel are encouraged to join the official Discord server.

Eric lives near Fort Worth, Texas with his wife and two kids, three dogs, two cats, three fish tanks, some hermit crabs, toads, and a shelf full of Transformers.