Another fun Shadowrun adventure, but overall weaker than Dragonfall as the series hits its gameplay limits. 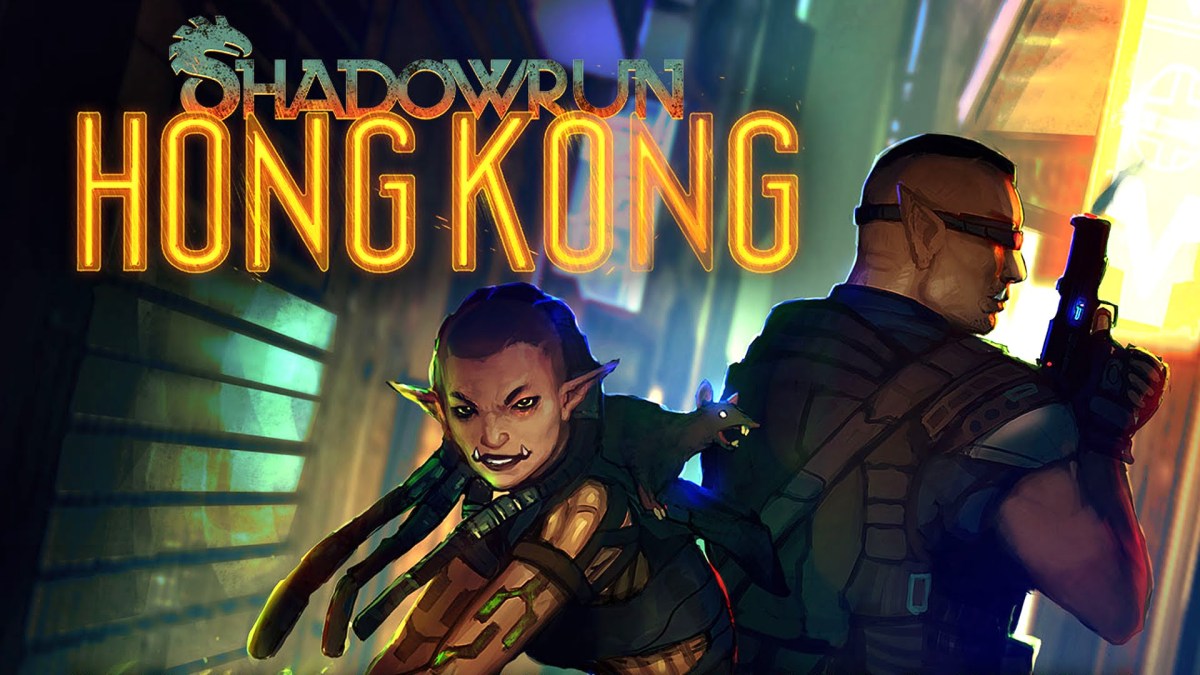 Franchise Fatigue. It happens to the best of them. Many times it’s a “it’s not you it’s me” kind of situation. Maybe you played a bunch of entries in a row, or maybe a sequel simply doesn’t do enough to differentiate itself form its predecessors.

I didn’t think I’d start feeling Franchise Fatigue in the Shadowrun games. Shadowrun: Hong Kong is only the third game after Harebrained Schemes resurrected the series through Kickstarter several years ago. END_OF_DOCUMENT_TOKEN_TO_BE_REPLACED

Shadowrun Dragonfall is the definitive Shadowrun cRPG experience with a meaty campaign and lots of crucial improvements.

My first real brush with the Shadowrun universe occurred with 2013’s crowdfunded release of Shadowrun: Returns. I was mostly unfamiliar with the 80s cyberpunk-meets-urban-fantasy world having only briefly tried out either the old SNES or Genesis games. I grew increasingly interested in that world and gameplay during its Kickstarter campaign (which I didn’t back at the time) and ended up purchasing and playing Shadowrun Returns right when it released in the Summer of 2013. I also cheated a bit and added it onto my then-schedule of backlogged games for Rogue’s Adventures (you can read my Final Thoughts on the game here).

Unfortunately I only had time to play the main campaign. Even at release they were new user-made adventures and runs being developed but I’ve yet to dive into any of them. Harebrained Schemes released an official expansion, Dragonfall in early 2014 that fixed a lot of Returns’ issues and added an all new, lengthier, and more satisfying campaign. It was free to those that already owned Shadowrun Returns (being part of their Kickstarter fulfillment). Later that year they released the Director’s Cut version as a stand-alone game that further added new content as well as iterating on the interface and other improvements.

Shadowrun: Dragonfall – Director’s Cut is the definitive Shadowrun experience. Aside from the actual tabletop role-playing version, Dragonfall presents the best form of playing through the wonderfully diverse and exciting world of Shadowrun.

Dragonfall utilizes the same Unity isometric engine found in many of the most popular modern cRPGs, including Wasteland 2 and the recently released Pillars of Eternity, but it’s also the most limiting and weakest implementation of those games. While a slight step up from Returns, Dragonfall continues to present mostly static maps (everyone stands around waiting for you to talk to them) and only a very specific amount of scripted objects that can be interacted with. Most of the puzzles are limited to finding passwords for a computer, with nearly every scenario and situation involving heavy amounts of combat.

Thankfully the combat is where Shadowrun Dragonfall really shines. Like its predecessor it operates on a turn-based action point system, though its scope is also limited compared to its contemporaries (Wasteland 2, Divinity: Original Sin). With 2-3 points per character the action is more akin to XCOM where you can choose to move, take cover and fire off your weapon. Since it’s Shadowrun you get a ton of fun stuff to do, like flinging spells (both offensive and supportive), activating cybergear buffs and abilities, channeling Adept powers, summoning spirits, controlling drones, and hacking into the matrix. With a ton of varied abilities and an impressively clever AI that takes cover, moves to flank your team, and fires grenades when you bunch up, the combat remained fresh and fun throughout the lengthy 35hr+ campaign.

The single biggest improvement Dragonfall made was in your team structure and dynamic. Shadowrun Returns mostly told a personal story about your customized runner. A few story-based NPCs would occasionally join you, but mostly you hired from a pool of pre-generated runners for a fee. While it was fun to try out different combinations and set-ups, it never really felt like a team.

Dragonfall fixes all that and brings back the concept of an actual shadowrun team from the tabletop game. They’re featured heavily in the promotional artwork, consisting of Eiger the troll ex-military, no nonsense weapons specialist, Dietrich the ex-punk rocker tatooed shaman, Glory the heavily cyber-modified medic with a mysterious and dark past, and later Blitz the hot shot decker/rigger.

After the exciting opening mission, which begins with the classic run gone wrong, you’re given the leadership position of this ragtag crew that I quickly grew to love. Harebrained definitely takes a page out of other great RPG writers Bioware and Obsidian. Your crew has their own little base of operations and you’re free to walk around and talk to them learning more about their backgrounds and their hopes and fears a la every modern Bioware title.

You’re still free to hire additional runners to change the make-up of your team, but your own crew is free to take with you and they’re nicely balanced that I almost never felt the need to hire other random crew members. They also have their own skill trees where you can choose to improve from two different paths after every major mission, giving you further control and lending even more satisfying familiarity with your team.

Harebrained really does an amazing job with your team, and eventually they open up some interesting side missions that just involve them and your character. Blitz needs to score a big hit to pay off a big debt while Glory dives headfirst into her hellishly abusive past to hunt down the cult that twisted her. These character missions are some of the best in the game, focusing on particularly amazing story-telling and sequences.

Dragonfall commits the Baldur’s Gate II feaux pas of throwing up a large speed bump right when the main story is getting interesting. At an early avenue you’re forced to make money in order to continue on with the main story of a possibly resurrecting dragon. This middle section of going on missions to make money takes up the majority of game time, and while fun and very Shadowrun-appropriate, I still felt a major disconnect with the main story for much of the game.

Most runs have fun elements and quirks that make them memorable, from a powerful cyber-zombie that temporarily joins your team to investigating an abandoned research facility. Towards the end I was definitely antsy to get on with the main story, which teased the return of Firewing, a great dragon that was shot down years ago but who’s clues were mysteriously leading to her return.

The climactic final mission was all kinds of amazing, consisting of several huge areas, new tilesets and enemies and one of my favorite parts of any RPG – the chance to talk down the main villain using an extended dialogue session. It was incredibly satisfying and fun, and is much better integrated than Shadowrun Returns’ off the rails bug spirit finale.

Dragonfall doesn’t fix all of the underlying limitations that were present in Returns. It’s still incredibly annoying that you can’t manage your allies’ inventory (picking up items either goes to your inventory or your stash) and I mentioned before about the almost complete lack of puzzles and interactive objects (especially compared to the likes of other cRPGs). Dragonfall does make improvements where it can – now there are options to use your decker or your muscle in situations where your character lacks the needed skill but you brought someone that covers it. The interface is much improved and lets you see both your currently equipped weapons and your spells, items, cybergear etc with lots of nice keyboard shortcuts. Oh and you can also save anywhere now – a huge problem with the original game.

If you’re only going to play one Shadowrun turn-based RPG, definitely play the Director’s Cut of Shadowrun: Dragonfall. The meaty campaign is wonderful and the varied runs and core party members create a satisfying experience that echoes the tabletop adventure. The Shadowrun games are the perfect example of great indie games that I wish could be given more funding and time to create a truly stellar experience.

Based on my time with Dragonfall I quickly backed Harebrained Schemes’ second Kickstarter, Shadowrun: Hong Kong, which just wrapped up a few weeks ago. I’m thrilled that we keep getting these amazing little tactical RPGs, and the Shadowrun universe has become one of my absolute favorites in fiction.

Final Say: Shadowrun Dragonfall is the definitive Shadowrun cRPG experience with a meaty campaign and lots of crucial improvements.