I enjoyed returning to Sakaar in this sequel to Planet Hulk, but Hulk’s savage son is a difficult protagonist to get behind. 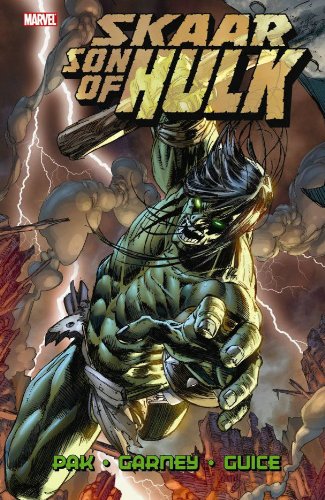 Note: The Hulk volumes go through some annoying and confusing title changes throughout this era. In Marvel Unlimited these issues are titled “Son of Hulk.”

Movies aren’t the only medium with direct-to-video style sequels. Nearly any material that’s moderately successful can easily justify getting a sequel, even if everyone knows it’s not going to be as good. The name alone will often carry just enough weight to warrant the time and money put in to crank out another entry.

Son of Hulk is a bit better than most churned-out-sequels, and has the distinct advantage of using the same writer, Greg Pak, who handled both Planet Hulk and World War Hulk. Son of Hulk begins as a sequel to Planet Hulk, taking place back on the violent, war-torn planet Sakaar.  END_OF_DOCUMENT_TOKEN_TO_BE_REPLACED