Starring an intriguing virtual reality gaming world, Ready Player One ended up one of the most dissatisfying books I’ve ever read. 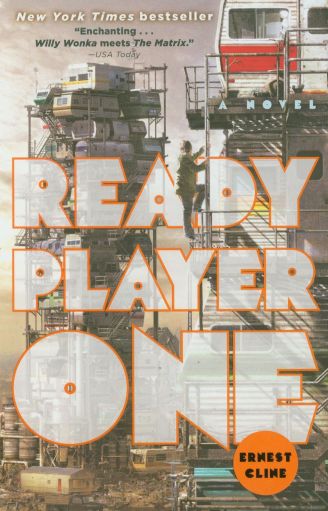 There’s a sci-fi adventure book replete with lots of neat gaming, 80s, and general nerd-culture references? And Steven Spielberg is making a movie out of it? I’ll have to check this out!

Nearly 400 pages later I finally put it down, and thought about one of the most dissatisfying experiences of a book I’d ever read.

Published back in 2011 and written by Ernest Cline, Ready Player One stars Wade Watts, a typical gamer shut-in with poor social skills and obsessive attitudes. The fact that I just said ‘typical gamer’ followed by an awful stereotype is a big clue toward how I felt about the entire experience.

Wade’s world is a near-future 2044 (I don’t know why sci-fi authors insist on giving us an actual year) in which a gradual dystopia has made life generally terrible for everyone. No real apocalypse has taken place, but everything is awful, or at least written from someone with a tiresome, cynical and nihilistic view of the future.

There’s a two page rant where Wade (the author) rants about everything he hates about the world – exactly like a whiney, entitled brat – a persona that is often unfairly (though many times justifiably) attributed to ‘gamers.’ His grand solution, given enough money, is to build a giant spaceship and go search for other habitable worlds, which isn’t really a solution at all.

The one saving grace in this bleak world stricken by poverty, global warming, and evil corporations is the OASIS. The OASIS is like a super advanced Massively Multiplayer Online Game that’s much more The Matrix than World of Warcraft.

Users wear advanced virtual reality gear, customize an avatar, and acquire loot, gain experience, and socialize with other users. The simulation is never fully defined but seems to be infinitely large with multiple planets and sectors. Copyright doesn’t exist anymore (or I missed that the OASIS circumvents it somehow) so people can buy their own X-Wings and transform into famous anime robots.

The endless parade of 80s jokes and references comes from the main plot. Wade is a “gunter” – an Easter egg hunter, searching for OASIS creator James Halliday’s hidden Easter Eggs he planted within the simulation before he died. Whoever finds all three eggs and opens three gates will be rewarded with Haliday’s fortune. This causes Wade to forsake every aspect of his life that doesn’t involve being in the Matrix err OASIS and researching everything 80s – since Halliday was a big pop culture fan and grew up in the era.

The search for the egg is an incredibly simple but effective plot device, and Cline does some neat things with tying in each clue to some obscure 80s reference, like a unique toy whistle that used to come in packages of Captain Crunch. The classic Dungeons & Dragons module “Tomb of Horrors” plays a major role, as does classic 80s games like Pac-Man and Adventure.

The problem is that Generation X’s (and older Millennials) nostalgic love for the 80s has been so overplayed in nerd culture that it’s just not all that fun or cute anymore. Granted the novel was written four years ago but I trace it back to 2002 when VH1 aired their I Love the ’80s special, and everyone collectively nodded their heads and said, “yea, it was incredibly silly and awesome.”

Cline’s obsession with the decade (his author portrait proudly displays him in front of his Delorean) as a plot device just comes off overly goofy, silly, and pandering to a nerdy audience that shares the obsession. I’m totally part of that target audience, but I found myself rolling my eyes rather than laughing and nodding.

Characterization is also a major problem. Everyone exists as characters in the OASIS for most of the novel, with some brief exceptions in the middle and the end. Wade is a paper-thin obsessive gamer. His best friend and fellow gunter Aech is the goofy but loyal buddy (with an interesting but somewhat predictable and ultimately pointless twist in the end). Art3mis is your terribly stereotyped manic-pixie nerd-crush, of whom Wade (who goes by Parzival in the OASIS) has an uncomfortable stalker-ish relationship with (and of course whom he wins at the end – ARGH). Sorrento is an incredibly one dimensional, poorly voiced villian that runs the gunter section of the Big Evil Corporation, which sets the novel as a tiresome YA Dystopia more than anything else (and only Never Say Die young heroes can save the day!).

Finally, James Haliday and Ogden Morrow are obviously drawn from a slightly younger Steve Jobs and Steve Wozniak, down to their partnership and meteoric rise as technology innovators. Despite being long dead by the beginning of the novel, Halliday is by far the best and most interesting character in the entire novel. His memoirs and personality are constantly drawn and researched by our gunters as they decipher the clues, and it paints a vivid picture of a brilliant man with a horrible home life and severe social anxiety. Morrow, meanwhile, is used as a Deux Ex Machina to help set up the climax, a late Gandalf that swoops in and sets them all up for the final battle. It’s super lame. 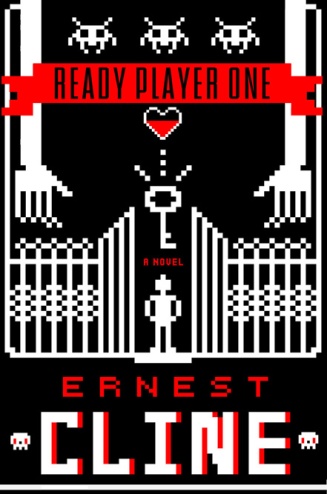 The novel is relatively short compared to most of the sci-fi and fantasy epics, but the pacing works well for the straightforward plot. There’s no real twists, and most of the exciting moments come from either figuring out a clue and passing a gate, or a giant battle with the avatar armies of the regining evil corporation, Innovative Online Industries (IOI). IOI is hilariously evil to the point of employing indentured servants, of which Wade plants himself to then set off a chain reaction of hacking and subterfuge.

It’s incredibly annoying and tiresome by the end that our hero can basically do anything. Once he figures out the first clue and passes the first gate (a fun moment involving playing Joust vs famous D&D lich Acererak) he’s given enough money from sponsors to solve the one problem he had – no resources in both the real world and the OASIS. In no time he’s got the best ships and gear and becomes untouchable. He retains anonymity for a long time and there’s barely any conflict or danger. Since he’s an expert at everything 80s and amazing at any games he plays, there’s never any danger of him failing any task once he finds it.

Only the IOI pose any real threat, and other than Sorrento they’re a faceless army slowly moving forward and getting each clue and gate. Even Sorrento has only the one real scene with Parzival. He’s then reduced to a literal scoreboard until they battle at the end – as giant robots and mechs naturally. Writing exciting fight scenes is not in Cline’s wheelhouse, and the few action-packed moments lack any real intensity, despite an insanity of lasers and explosions.

I did end up finishing Ready Player One, mostly due to its short length, but it’s probably one of the weakest novels I’ve ever finished. It actively angered and irritated me with its characterization of “gamers.” The author’s tone and voice constantly put me on edge, and Wade/Parzival was an annoying protagonist that could do no wrong. Everyone was poorly written and one-dimensional.

The one saving grace was the OASIS itself, a paradise of virtual reality online gaming. But despite spending 90% of the novel there, I never get a satisfying look at it, and the focus never pulls away from Parzival’s specific excursions. A few areas he travels to – like a planet that looks like a vector grid from many 80s arcade games – seem really interesting, but the writing never fully takes advantage of any location. I actually still think the movie adaptation could be really great with some fun visual effects and effective rewriting, but I definitely won’t be reading any more books by the author.

One thought on “My Final Thoughts on Ready Player One”