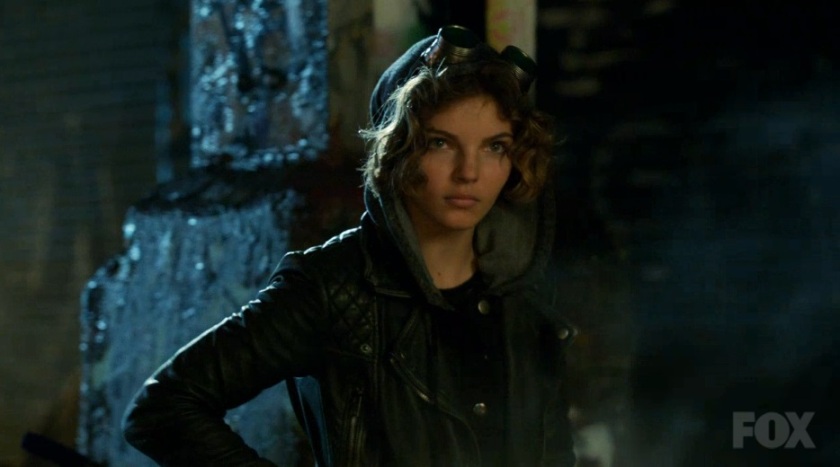 Last week’s pilot episode was bloated with introducing familiar faces from Batman’s world as well as all new characters, but still managed to present a decent murder mystery that sets Gotham up as an institutionalized organized crime world that’s begging for a hero. In Fox’s Gotham, that hero is unfortunately a straight-laced Jim Gordon, who ended the pilot episode by pretending to go with the flow by faking the murder of Oswald Cobblepot. Penguin and the rest return in “Selina Kyle,” which I enjoyed a bit more than the pilot simply because the episode was not afraid to take the focus away from Gordon and Bullock and explore Gotham’s far more interesting characters.

The episode opens with young Bruce Wayne attempting to conquer his fear, as he opened up to Gordon about last week, by hovering his hand over a burning candle. Alfred catches him and immediately reprimands him before they embrace. This is an Alfred we’ve never before seen portrayed on screen – the young soldier who’s inexperience with child care is almost painful to watch. With Gordon being propped up as the obvious father-figure, it’s difficult to see where Alfred fits in. Hopefully their tense relationship allows us to dive a bit more into Alfred’s own past and personality.

Read the full Review at Leviathyn >>