For more on my backlog group, click on the Rogue’s Adventures tab at the top. 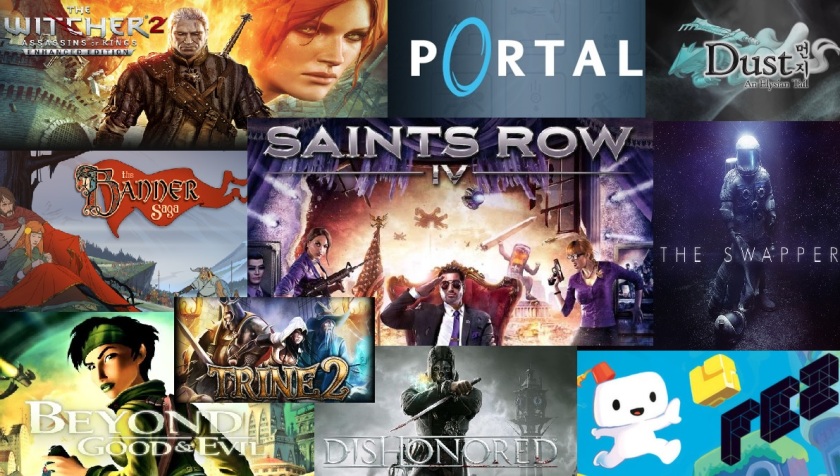 Hope everyone had a very happy holiday season, and soon a happy new year. I’m having to sneak my latest recap right between Christmas and New Year’s as I only just finished my latest backlogged game – Saints Row IV, mere days before Christmas.

For newcomers this is the bi-annual recap I give for Rogue’s Adventures, my social backlog group. I create a schedule of games from my backlog (usually about six months worth), writing my Final Thoughts for each game I complete, as well as live tweeting and streaming my gameplay. At the end of each season I write up a recap to go over each game I played, link to each Final Thoughts, rank the games and break down some fun stats.

If Season Four had a theme, it was mostly joined by more recent games. Other than Beyond Good & Evil, a cult favorite from 2003, every game was released in the last few years. The Banner Saga was even released earlier this year. This made Rogue’s Adventures much more relevant and interesting compared to the first season when I mostly played old 90s adventure games. I was also able to play two of the games on here cooperatively with friends, which was an absolute blast, and two more a friend of mine played them right before so we were able to discuss while playing them. Live streaming and videos were obviously a bit more popular as well.

Thankfully I’ve gotten to the point were most of my backlog are newer games. I have nothing to buy on GoG sales because I feel comfortably caught up on most older stuff from the 90s and early 2000s, but I can and do take advantage of Steam sales rewarding my patience for games that are only a few years or few months old.

For example, with the current Steam holiday sale running right now, I was able to grab Assassin’s Creed IV ($10), South Park The Stick of Truth ($13), Might & Magic X ($7) and Portal 2 ($4) among others. Two of those were released earlier this year and are now crazy cheap with just a bit of patience. Gotta love PC gaming.

Read the full Recap on my blog on Gamer Informer >>