Heaven’s Vault embraces linguistic puzzles and ancient exploration within a unique fantasy world, but you’ll have to slog through some agonizingly slow and tedious gameplay to see it all.

Immortals Fenyx Rising may be a smaller version of Breath of the Wild, but it’s still an incredibly dense game. Even if you’re an open-world expert, we’ve compiled some tips as you take your first baby steps into this colorful, mythological world.

If you’re going to shamelessly copy gameplay, style, and art from a single game, The Legend of Zelda: Breath of the Wild is a pretty darn good specimen to draw from. Immortals Fenyx Rising may be Ubsioft’s answer to Nintendo’s grand adventure, but also trims much of the fat of open world games, along with a humorous style that’s surprisingly charming.

Read the full op-ed at Pixelkin

The oft-delayed Cyberpunk 2077 is one of the biggest games of 2020. But with a big launch comes big hype. In the few weeks since its release, developer CD Projekt Red has come under fire and publicly apologized, for the game’s technical performance on PlayStation 4 and Xbox One, in addition to the usual hilarious and not so hilarious bugs that often ship with big open world games. Refunds have become so prevalent on console that Sony pulled the game from the PlayStation Store.

Judging from these headlines and more, you may think Cyberpunk 2077 is an unmitigated disaster. Even the New York Times wrote about its problems. The game is far from perfect, but there’s also a lot to love from this open-world RPG-shooter.

We don’t usually think of Halloween as sitting around the table playing board games. This trio of excellent spooky-themed board games from Ravensburger and Funko Games should be added to our annual traditions. And not just for Halloween.

Whether you’re working together to defeat classic movie monsters, or competing to see the most ghosts at Disney’s Haunted Mansion, these family games are great for any time of the year.

Taking a cue from the much-loved co-op series Overcooked, Unrailed is a zany co-op survival adventure in which a team of players hurry to mine resources and lay tracks to keep their unstoppable train from crashing.

Unrailed lacks the visual charm of Overcooked but adds more dire stakes as the tracks stretch farther and farther. 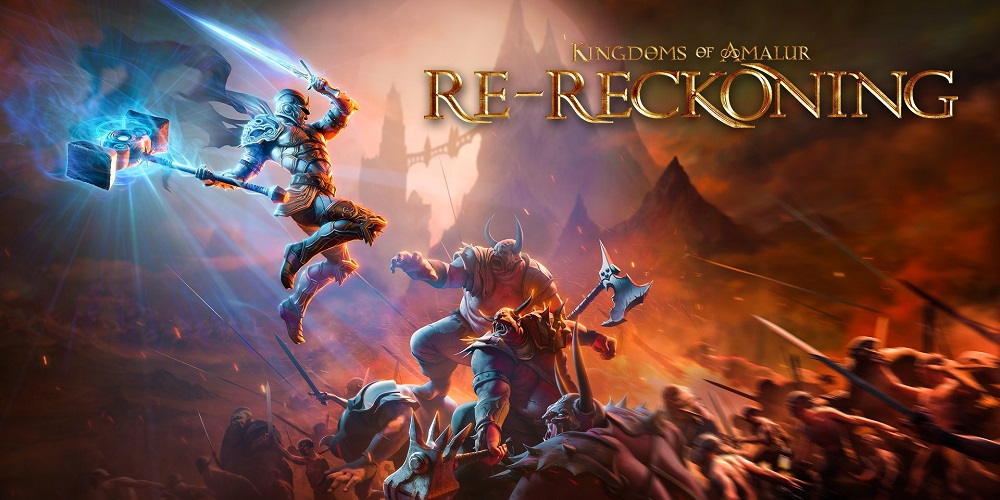 Eight years ago the now infamously defunct 38 Studios released their first and only game. Kingdoms of Amalur: Reckoning was a big-budget single player RPG. It was created as a prequel to the studio’s ultimate goal of a World of Warcraft-level massively multiplayer RPG.

The MMO was never finished, the studio went bankrupt, and the state of Rhode Island lost millions. But a funny thing happened on the way to this ill-fated venture: Kingdoms of Amalur: Reckoning was a darn good RPG, and one of the most underrated games of the era.

Thanks to the Marvel Cinematic Universe, the Avengers have become a household name. Although the original Avengers’ decade-plus domination at the box office has come to an end, Square Enix hopes to capitalize on the superhero popularity with Marvel’s Avengers.

Marvel’s Avengers is an action brawler with the online co-op, mission-based gameplay structure of the Destiny series. The action game shines best in the heat of battle, but the level design and loot leave a lot to be desired.

Once upon a time, before Fortnite became a cultural phenomenon by embracing the explosive Battle Royale genre, it was a cooperative tower defense action game. Fortnite: Save the World (as it’s now called), tasked players with gathering materials, weapons, and supplies around randomly generated worlds to defend against waves of monstrous forces.

Drake Hollow follows a similar path (and art style) in the cooperative crafting-defense-action genre, with vast improvements and increased depth across every aspect of gameplay.

Stardew Valley was my personal game of the year in 2016. Like so many others, I’d paid zero attention to farm-sim games before falling completely in love with the 16-bit art-style, charming characters and town, and endless variety of gameplay.

Ooblets, available now in Early Access via Epic Games Store and Xbox One, may lack Stardew’s pixel art, but it’s every way an effective farm-sim successor, along with its own unique charm and gameplay courtesy of the titular creatures.