I was a relative latecomer to the Zelda franchise. I’ve owned every Nintendo console, but never really got into the series until Ocarina of Time on the Nintendo 64. Ocarina of Time remains one of my all-time favorite games, but The Legend of Zelda: Breath of the Wild is demonstratively better, and one of the most overall impressive games I’ve played in years. END_OF_DOCUMENT_TOKEN_TO_BE_REPLACED

While we patiently wait for Nintendo to confirm and announce the SNES Classic Edition retro console we can have a bit of fun speculating on which games it should include.

The Super Nintendo was blessed with arguably the greatest gaming library of any console. While Mario, Zelda, and Metroid didn’t start with the SNES, it was where they became titans of the industry.

The NES Classic Edition came bundled with 30 games, most of which were published by Nintendo. Let’s decide which 30 SNES games should grace the upcoming SNES Classic. 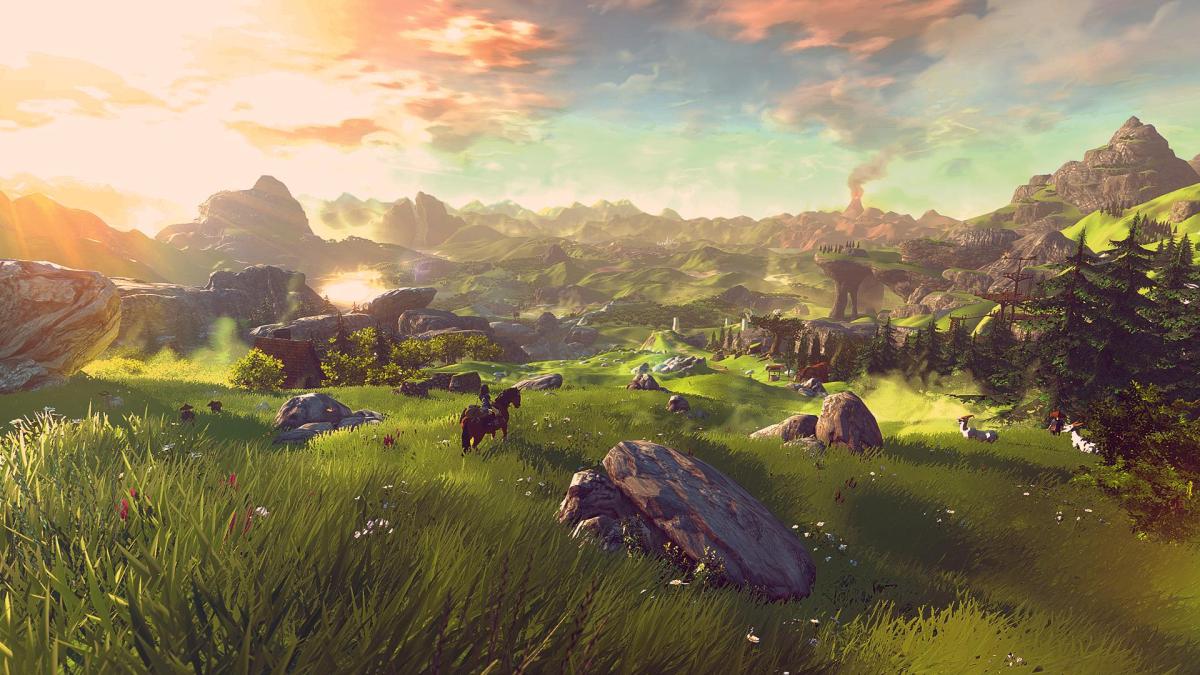 While The Legend of Zelda: Ocarina of Time could be considered the prototype for open-world adventures, the genre really didn’t take off until MMORPGs and RPGs like Bethesda’s Elder Scrolls series embraced giant 3D worlds. These days nearly every big game is an open world adventure, and it’s become more of a rote expectation.

Nintendo was in full force at PAX South last weekend. A large, permanently crowded booth stood near the front of the show floor. You could wait in line for hours to play half a dozen titles for the newly announced Nintendo Switch. The marquee title, The Legend of Zelda: Breath of the Wild, had its own roped off section within the booth area. That was a separate line that filled up instantly, creating a three hour wait to play the 20 minute demo throughout the weekend.

Thankfully I got a chance to meet privately with Nintendo and get some quality time with the Switch.

READ THE FULL ARTICLE ON PIXELKIN

Every year is seemingly the best game ever for gaming. But 2017 will give us a new Mass Effect, new Zelda, and new Nintendo console with the Nintendo Switch. That’s an incredible lineup, and there’s even more to come, like Super Mario Odyssey, Red Dead Redemption 2, and Horizon Zero Dawn. Indie titles continue to generate huge buzz as well, with games like Yooka-Laylee, Tacoma, and Night in the Woods coming this year. 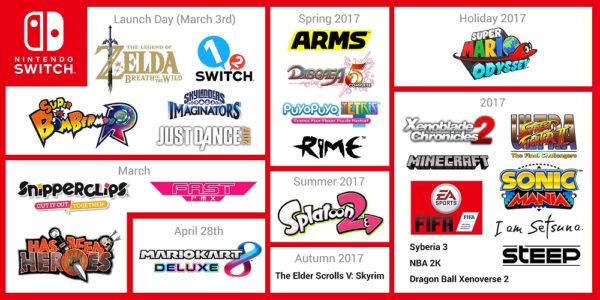 Read the full op-ed at Pixelkin

The dust has begun to settle from the big Nintendo Switch Presentation. We now know the big main talking points. The price ($299), the date (March 3), and the launch titles (not much). There wasn’t anything very shocking, and the conference did a good job focusing on new games. But right now I’m not seeing a very good incentive to purchase a Nintendo Switch at launch, especially if you already own a Wii U.

At launch the Nintendo Switch will have five titles: 1-2 Switch, Skylanders, Just Dance, Zelda, and Bomberman. Skylanders released last year. 1-2 Switch and Just Dance are motion-control mini-games. Bomberman is a top-down party game. Only Zelda represents what we would call a core game – a true system seller.

READ THE FULL OP-ED AT PIXELKIN

Here are my Top Ten Most Anticipated Games of 2016! END_OF_DOCUMENT_TOKEN_TO_BE_REPLACED

Now that my Top Ten Games of the Year list is out of the way we can focus on what’s really important – being excited for future games! Many of the biggest 2014 games were pushed into the next year, and many new Kickstarter and Early Access games will be debuting. I’m feeling fairly confident that all of these will actually release this year, but time makes fools of us all….

When the Wii U first launched two years ago, no one was sure what to make of it. Lots of people thought it was simply an expansion to the Wii. The Wii U’s high-definition graphics were viewed by many as Nintendo merely catching up to Sony and Microsoft’s previous generation. Sales were much lower than expected, and the grumbling about Nintendo’s entire future began in earnest—and continues to this day.

Flash forward to this holiday season and the Wii U is suddenly one of the hottest items around. An attractive price point, a modest but high-quality library of games, and the unique touchscreen controller make the Wii U the most interesting console on the market. In addition, Nintendo’s primary focus on family-friendly entertainment and software continues unchallenged.

If you still need some convincing, here are five reasons to get a Wii U this holiday season.

Read the full article at Pixelkin.org >>

As a parent of a young child I’m all too familiar with the eternal struggle of bedtime. After many sleepless nights, I discovered a nightly ritual of a lullaby playlist worked wonders. I’m a huge fan of video game music and many official soundtracks, orchestral adaptations, and remixes work amazingly well as beautiful lullabies, especially if you’ve grown tired of Enya and classical music. Here’s a collection to get you started.