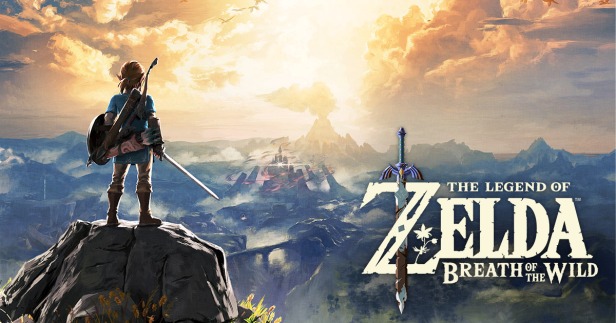 I was a relative latecomer to the Zelda franchise. I’ve owned every Nintendo console, but never really got into the series until Ocarina of Time on the Nintendo 64. Ocarina of Time remains one of my all-time favorite games, but The Legend of Zelda: Breath of the Wild is demonstratively better, and one of the most overall impressive games I’ve played in years.

It’s not good enough to provide a giant world to explore, you need to give me a reasons to explore it. Breath of the Wild successfully creates a legitimately humongous, richly varied world in Hyrule, but also packs in a ton of quality content. It looks and feels like a classic 3D Zelda game, but it’s also completely new and wonderful.

The shrines are a great example. Instead of massive setpiece dungeons, normally a hallmark of the series, Breath of the Wild has over 100 mini-dungeons scattered throughout the world. Most involve clever physics puzzles, but sometimes finding or reaching the shrine itself is the puzzle. Completing them improves Link’s stamina and health, making it both critical and fun to hunt them down.

Combat has been largely rebalanced with the new weapon durabilty system. I admit, I balked at first. Having to grab every weapon I see only to lose them after a few hits? It’s a bit too frustrating in the early game but at some point I gained enough inventory slots and found stronger weapons to find it a bit more manageable. 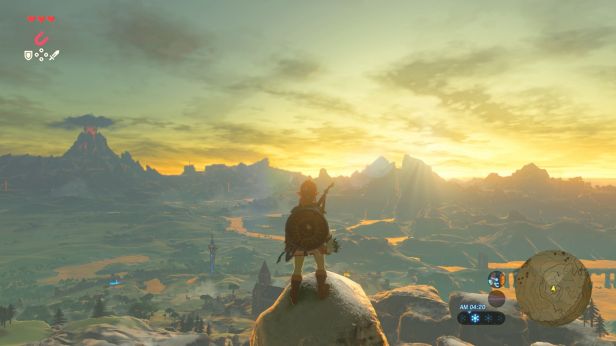 The world respects its physics. Swing that warhammer into a foe, and it’ll be knocked around. It might drop its weapon, and I can pick it up and throw it at him. I can knock a boulder down a cliff, hitting enemies like bowling pins. If I patiently wait until dark, I can steal enemy weapons while they lay on the ground. It gives you plenty of fun tools and rewards you for creativity, and I respect the hell out of that.

I think my single most enjoyable feature is that you can climb everything. The old Bethesda line of “See that mountain, you can climb it!” was only ever partially true. You could follow the paths they laid out for you. In Breath of the Wild, I forge my own damn paths. Such a simple yet effective feature that really makes the world come alive with possibilities.

I had high hopes for Breath of the Wild, and Nintendo exceeded those expectations. The way the story is told through intriguing flashbacks, the theme of ancient machines of war wrecking havoc, the giant towers that fill out entire sections of the map, the fact that I could start the end game whenever I damn well wanted to. The Legend of Zelda: Breath of the Wild was an amazing experience from start to finish, and my favorite game of 2017.