The Secret Invasion tie-ins are awful but the rest is amazing, and X-Factor remains one of my favorite comics to read. 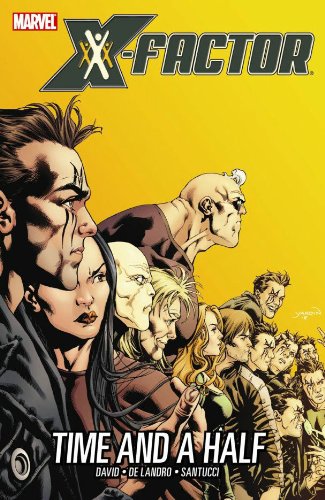 You know that TV show you love? The familiar characters that feel like long lost friends or a second family. The zany situations and clever callbacks that reward viewer commitment. The perfect blend of drama, comedy, and action.

I’ve read a lot of comics since subscribing to Marvel Unlimited digital service and I think I’m ready to declare that Peter David’s X-Factor is my favorite series to read.

As much prepared praise as I have for Volume 7, Volume 6 is actually quite terribly. Half Secret Invasion tie-in and half bringing in new characters in a regurgitated plot of bad guys experimenting on mutants, Volume 6 is also cursed with some of the worst art I’ve ever seen. Characters look like deformed alien monkeys with zero adherence to proportion or skeletal structure. It’s distractedly awful and even a stellar story would struggle to climb its way out of that mess.

The story is less than stellar. Thankfully the Secret Invasion tie-ins are only two issues long, as well as pointlessly crossing over with an issue of She-Hulk. I think it literally boils down to a random street fight with a single skrull.

It does introduce two new X-Factor members – dimensional playboy Longshot with his nebulous probability powers, and the constantly evolving Darwin fresh off the X-Men’s space adventures. Both end up as surprisingly neat characters in David’s capable hands, but in the immediate story following event tie-ins Darwin is captured and the rest of the team are hired to rescue him. It’s familiar ground that the comic has disappointingly tread before in the Complete Collection Volume 1, and wraps up all too easily.

It’s pretty rare for any story to go from its lowest point immediately to its highest, but that’s exactly what happens between Volumes 6 and 7. Syren is pregnant with Jamie’s baby from a drunken tryst during the Complete Collection Volume 2 that may or may not have involved one of his duplicates, and her water breaks right at the end of Volume 6.

In Volume 7, “Time and a Half,” the team rushes to the hospital for the dramatic birth. There’s an intriguing side story with Val Cooper of the O.N.E. trying to protect them. The mutants of X-Factor are understandably resentful of her involvement and fear for the baby, and once again David turns a seemingly minor throwaway character from a different comic into an interesting cast member.

Turns out the one they needed to fear was Madrox himself. In a supremely dark twist, Madrox holds his son for the first time only to absorb him like he does all his dupes. The baby was really the child of a dupe! Syren completely flips out and attacks him and the drama surrounding the event is deliciously crazy and awesome. Madrox’s unique powers and multiple personalities is fascinating, and together with his noir-ish inner monologue make Madrox one of the most compelling characters in Marvel comics.

Madrox reaches a low point and becomes suicidal as he leaves the team to search for a dupe he’d met earlier in the series (another awesome callback). John Madrox represents a life Jamie doesn’t have – a community leader and a loving family. Just when Jamie prepares to off himself, who should show up but the future-flung former member of X-Factor – the teenage psychic Layla Miller, now all grown up.

Layla (who’d teased earlier in the series that they’d be married some day), brings Madrox to the dystopian future of the Summers Rebellion. It picks up a lot of pieces from the Lalya Miller One-Shot but also acts decently on its own, considering there’s about four other stories happening concurrently. Syren and Val have a heart-to-heart girl bonding session over miscarriage. Guido and Rictor visit John Madrox only to be attacked by a mind-controlled Shatterstar. Darwin and Monet guard a new client who’s worried someone’s trying to kill her.

All the plot threads start coming together in a cool way, involving yet another mutant-targeting organization, but at least this one seems to tie in tons of previous events as well as drawing everyone together despite their different situations – and in some cases, timelines.

I say “seems to” because Volume 7 actually ends at a cliffhanger, to be resolved  in Volume 8. I try to organize these Final Thoughts so I’m not trying to cram too many issues in one write-up, but it was really hard not to sprint ahead and read Volume 8. Volume 7 had so many incredible moments and big plot-centric payoffs, and a big reason for that is maintaining the same comic show-runner throughout its run.

X-Factor has that perfect balance of soothing familiarity and exciting changes, all of which have been fantastic. My advice: skip Volume 6, “Secret Invasion” but read everything else, because X-Factor is nothing short of amazing. 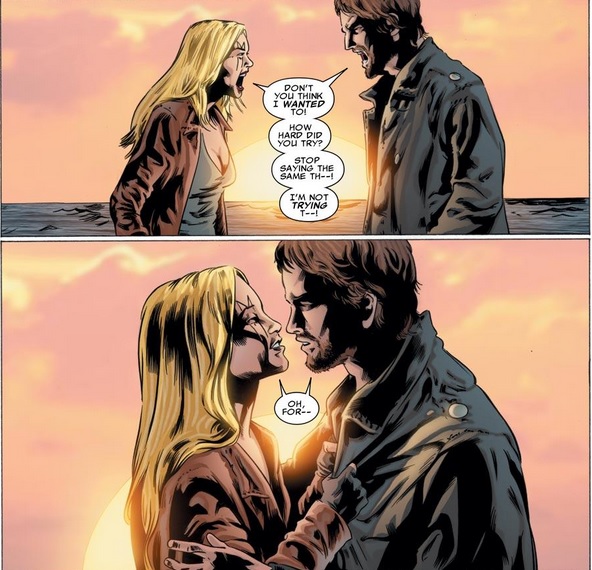