From Ticket to Ride to Catan I talk about the best board games to jump into the hobby with and introduce to friends and family.

For all my fellow DFW, North Texas people, I’ll be appearing on Good Morning Texas (WFAA-ABC) on Friday, November 19 to talk about board games! Specifically great gateway or introductory games to play with the family this holiday season.

For a full list of my top ten board games to get you started in the hobby, check out my published article on Playboy.com (Safe for work).

Below is a list of the games I’m bringing with me to talk about live on air. 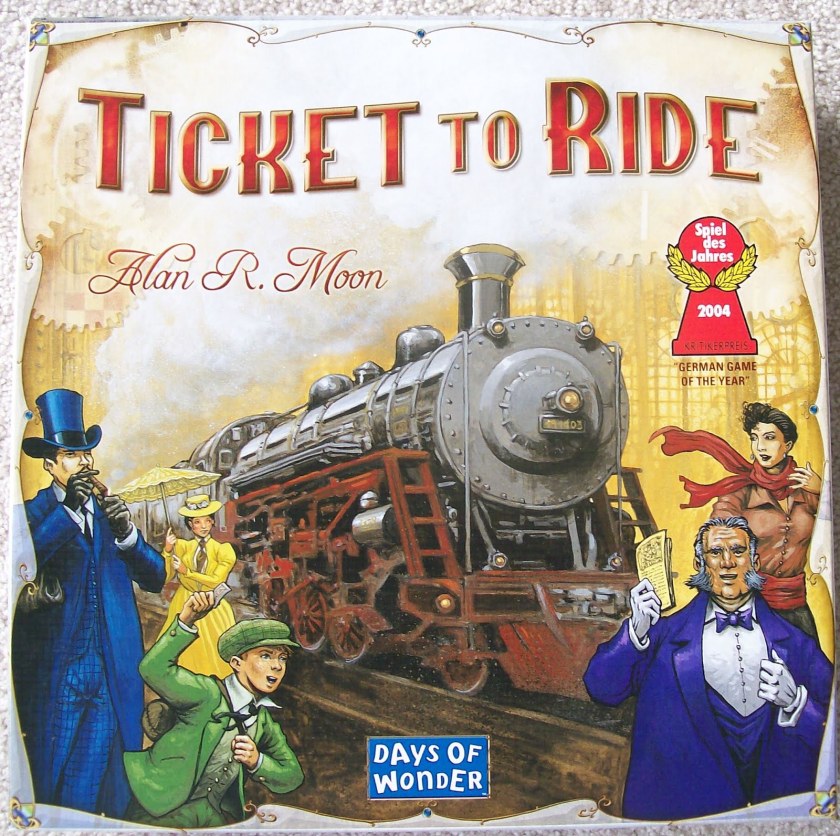 Ticket to Ride is my number one choice for anyone that’s new to modern board gaming. Players take turns drawing cards that enable them to place their trains along various routes along a gigantic map of the USA. You also gain destination tickets that determine which specific routes you need to accomplish before the end of the game. These tickets are hidden from opposing players, and much of the fun comes from inadvertently (or directly) blocking each other’s paths.

It’s incredibly easy to teach and play, and scales well from 2-5 players. I highly recommend the cheap USA 1910 expansion pack. It provides larger cards and even more destination tickets to expand your play. For some international flavoring try Ticket to Ride: Europe! 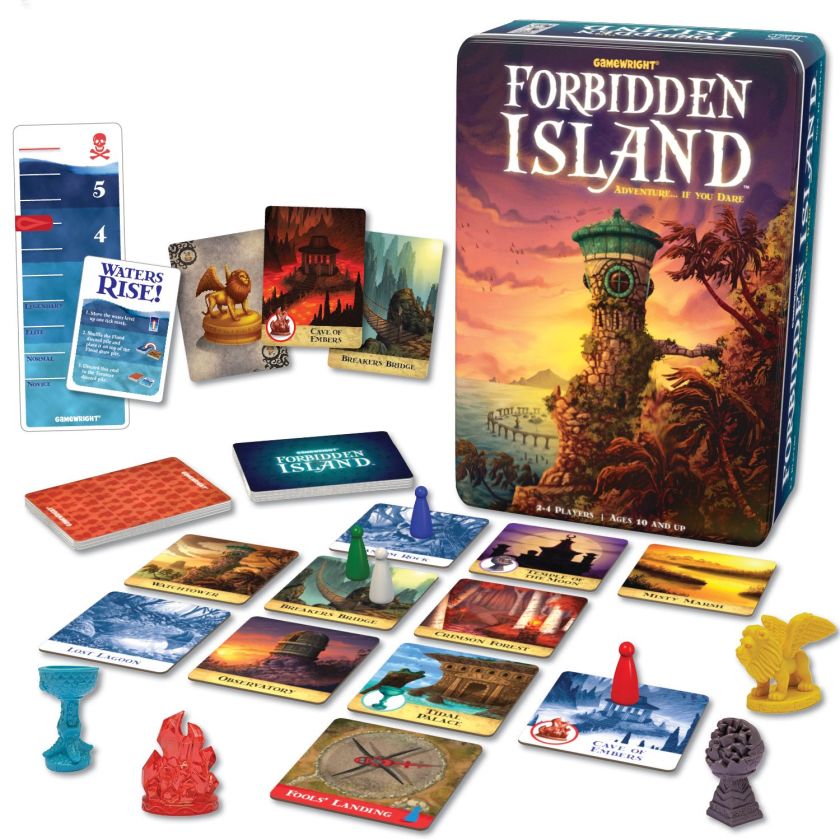 If you haven’t been playing board games in the last few years you may not know about cooperative board games. These are games in which every play is actually on the same team, trying to win the game together. Forbidden Island is my go-to introduction to cooperative games because it’s cheap, fast to play, and has some really nice components.

You play as explorers trying to recover artifacts before the island sinks into the ocean. Like Ticket to Ride you’re drawing cards and trying to make a set to turn in for the artifacts. But you’re also moving around the tile-board and shoring up sinking areas. Every turn you have to draw from the flood deck and more of the island sinks. More often than not you’ll actually lose – but that’s part of the fun, and it always ends in a thrilling climax.

The newest version, Forbidden Desert, plays nearly the same but with an obvious desert theme. If you like the concept I also recommend Pandemic, where players team up to stop the outbreak of diseases around the world. 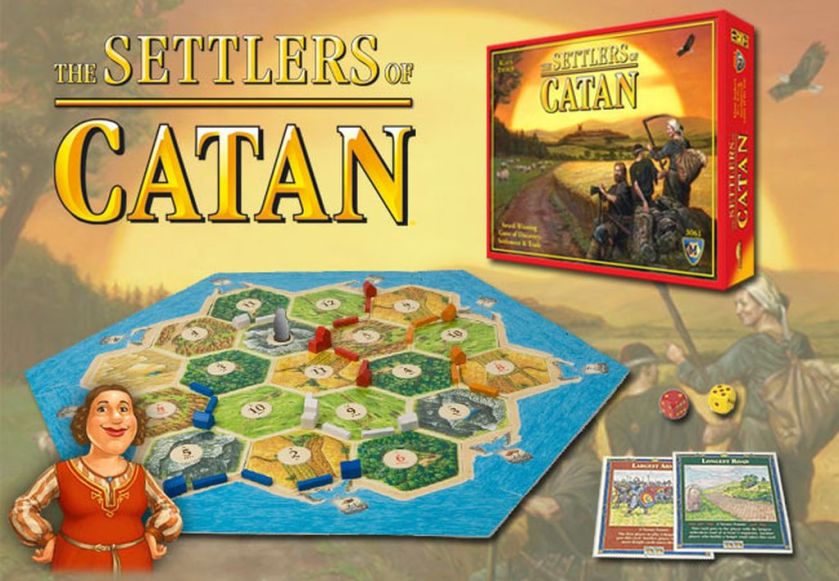 Catan (formerly The Settlers of Catan) is one of the most important board games ever made. It’s primarily responsible for introducing American audiences to Eurogames, a genre that has since exploded in the market.

Catan is a great transition from folks who grew up with Monopoly as it involves owning property, resource management, and trading. Every turn dice get rolled to determine which resources are generated from the randomly-built island, and players use their goods to build new settlements and roads, ultimately acquiring enough victory points to win the game.

It’s a longer game that takes at least an hour but I’ve had a large amount of success introducing it to family and non-gamers. If you enjoy it there’s a wealth of Eurogames out there to dive into. Try Agricola! 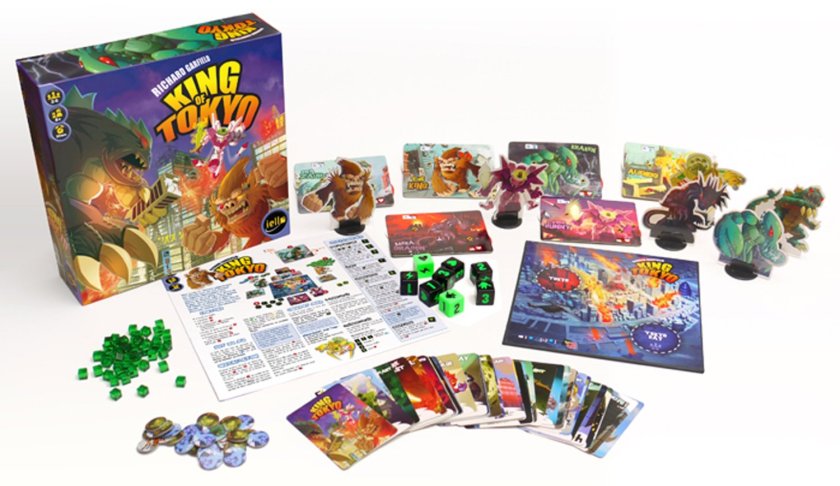 King of Tokyo is basically Yahtzee with giant monsters, and it’s one of my favorite games. Everyone selects a giant monster from classic Godzilla and King Kong knockoffs to my personal favorite – the bunny in the giant mechanized robo-bunny suit. The 3D tokens and player cards are wonderfully fun, and help keep track of your monster’s life and victory points. On your turn you roll the dice three times, keeping whatever combination suits your strategy. Cards help add another layer of strategy.

It plays incredibly fast and easy since it’s mostly just rolling dice. The theme is fantastic and I’ve yet to meet anyone that didn’t enjoy tearing their fellow players apart with a lucky dice roll. See also the more recent version – King of New York! 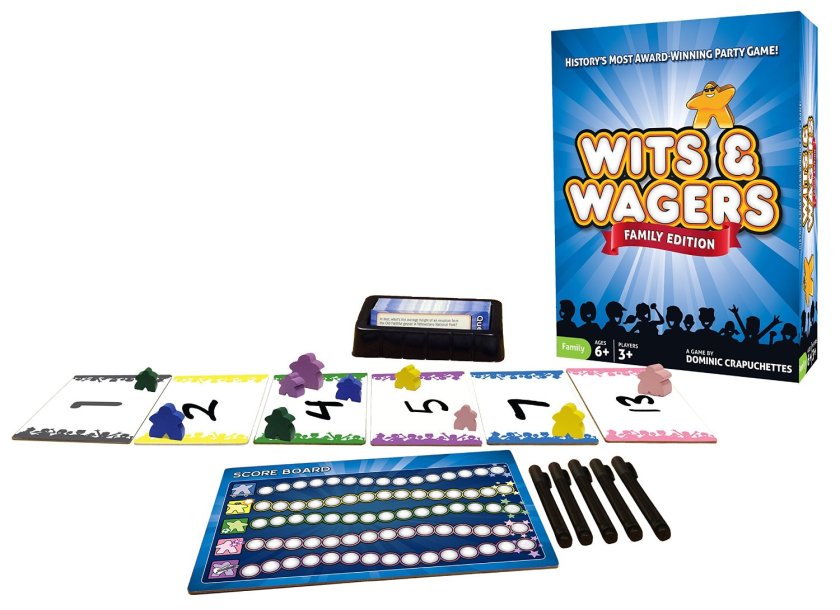 Wits and Wagers is a trivia game where you don’t actually have to know the answers. In fact, you probably won’t know most of the random number-based questions. Every round a question is asked, such as “In miles per hour, what is the fastest record speed of a domesticated cat?” Everyone writes down their answer and turns in their card, forming the board from least to highest. Players then bet on which answer is the closest using their wooden meeple figures.

Because it’s very light on components this is an extremely cheap game that anyone can join in and have fun with. The Family edition is my preferred game over the original’s poker chips and more prominent gambling aspect. The answer is 30, by the way!

2 thoughts on “Talking Board Games Live on Good Morning Texas”