My annual Game of the Year list ranks my favorite games of 2015, as well as other fun awards and categories. 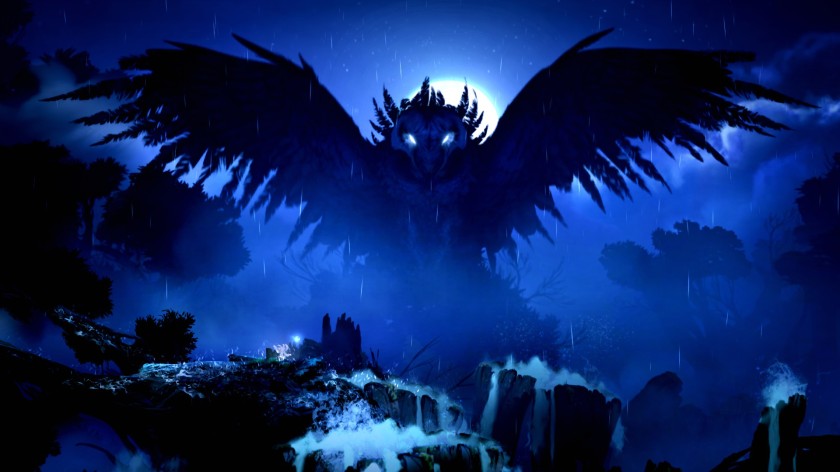 This year I wanted to do something a bit more fun with my annual Top Ten Games list. I wanted to give each game their proper due, with their own blog post for each of the 10 days leading up to Christmas. I barely kept pace but it was a lot of fun.

So if you’ve been following my blog you already know my Top Ten Games of the Year. This final list is important for other reasons: I directly compare the results of last year’s Most Anticipated list and 2015’s Mid-Year Top Five list, as well as assign various fun awards and rankings at the end.

You can review my Most Anticipated Games of 2015. As a reminder I’ve posted them below:

That is easily the worst job I’ve ever done predicting my Games of the Year! Four of those games still haven’t been released, with Zelda and Cosmic Star Heroine pushed to next year, and who the hell knows with Starbound (in its 2nd year of Early Access) and No Man’s Sky.

Out of the other six, three of them I’ve yet to acquire. Batman was so riddled with bugs and problems on PC that they actually had to pull it off the digital store for months, and apparently it still has issues.

After playing the first two games in the series I’m comfortable waiting for a Steam Sale for The Witcher 3. Just Cause 3 just released in early December. I hope to it snag for Christmas – the curse of doing this list slightly earlier than my usual early-mid January.

That leaves us with a paltry three games that will be relevant to compare – Pillars of Eternity, Evolve, and MASSIVE CHALICE.

All three of those games made my Top Five Games of the Mid-Year list. For the first time this year I wrote a Top Five list for just the games that released in the first half of the year. My Top Five Games as of July 2015 were –

In that same list I also included My Top Five Most Anticipated Games for the second half of 2015 (alphabetical):

Even halfway through the year we still had games get pushed back to 2016 (XCOM and CSH) and I still haven’t played JC3. Only two of those candidates became eligible for my final Top Ten Game of the Year list. Hey, predictions are hard, people! Now let’s get on with the Game of the Year list. 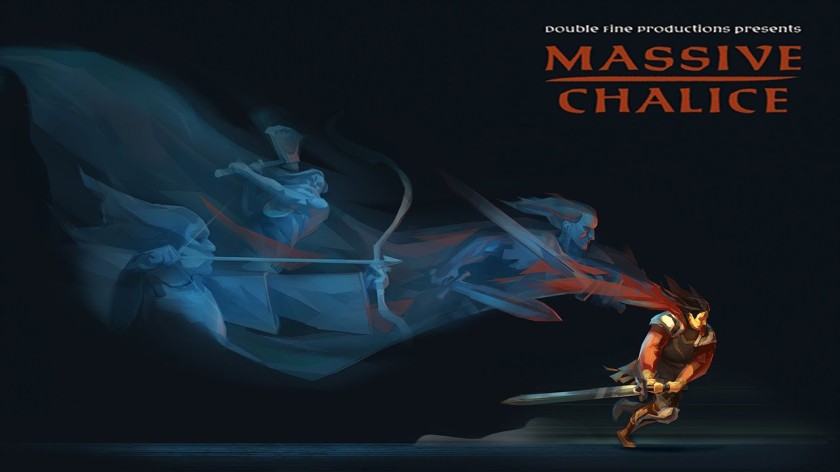 Another successful and fun Kickstarter project from Double Fine. MASSIVE CHALICE combines XCOM‘s tactical combat with a trait-breeding generational meta game. The war lasts hundreds of years and several generations; selective breeding and nurturing become just as important as utilizing your class synergies and abilities on the battlefield. A must play for fans of XCOM.

9) Starcraft II: Legacy of the Void 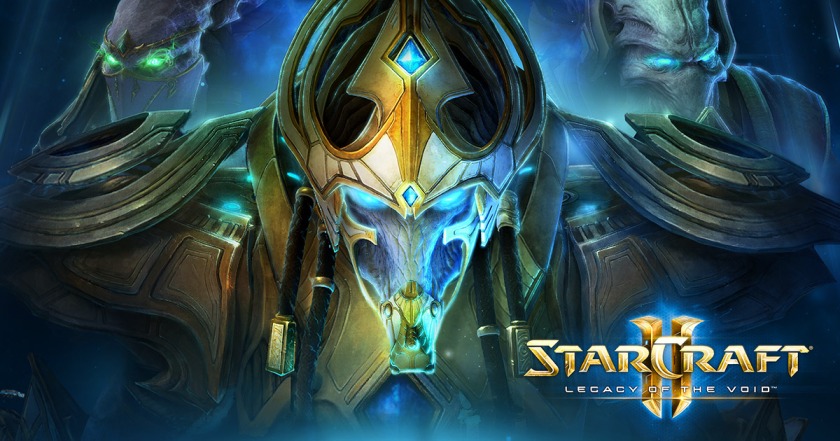 Starcraft II carries the RTS torch amidst a sea of MOBAs. It’s the franchise you can always come home to. Even with Blizzard’s crazy 3-way, five-year split, I still really enjoyed all of Starcraft II. Legacy of the Void gives us another fun, overdramatic campaign focusing on the Protoss, and new gameplay modes like Co-Op Missions help add some much needed additional ways to play. I’m not sure the traditional RTS formula can be perfected any more than what we get here.

8) Tales from the Borderlands 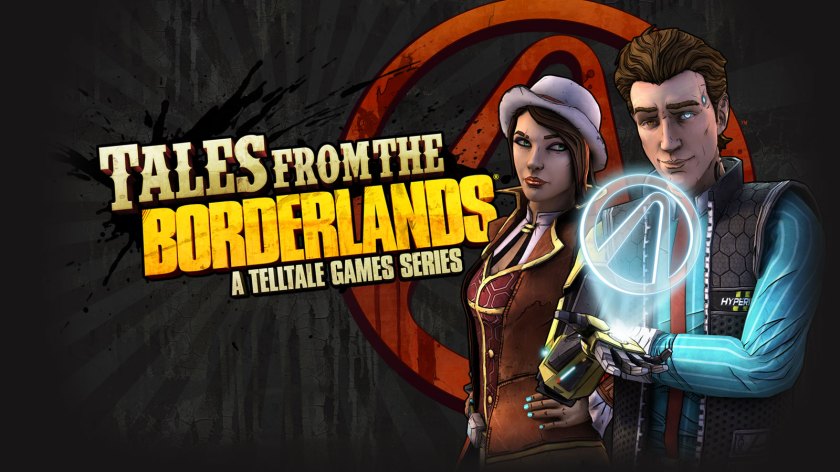 I hadn’t played one of Telltale’s many post-Walking Dead episodic adventures since 2012, but after hearing too many good things about Tales from the Borderlands, I had to jump on board. I’m glad I did. Returning to this zany, violent world from a non-shooter point of view is brilliant, and Telltale’s writing and art style absolutely shine through with this action-comedy caper about con artists and treasure hunts.

7) Ori and the Blind Forest

Ori and the Blind Forest has all the now-typical stylings of a successful indie game – cute characters, beautiful artwork, emotional storytelling. But its fantastic level design and world building help elevate this action-platformer well above the rest. Ori implements a unique Soul Link system that allows you to die, and die often throughout the challenging forests, caves, and temples. The gameplay is a perfect blend of challenge and reward, and the fairy tale-like story meshes well with the art work and minimal dialogue. 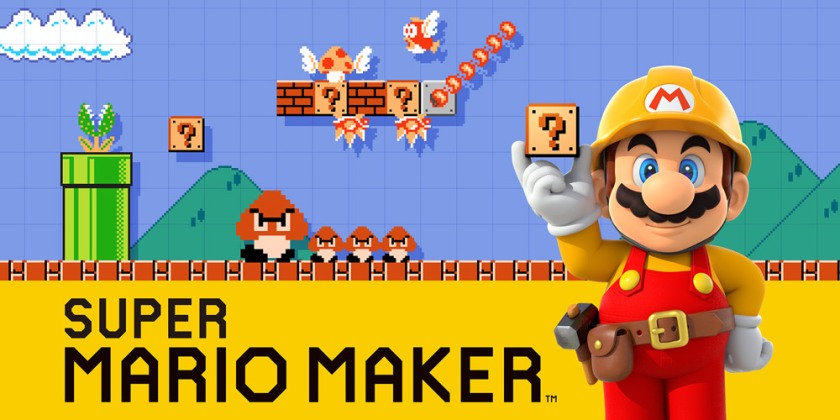 A brilliant level editing tool wrapped up in a colorful, playful package. Super Mario Maker is the very personification of Nintendo’s design philosophy. It’s also a hell of a lot of fun if you’ve ever enjoyed a 2D Mario game. Random levels can be tackled in a campaign mode, unlockable costumes can be unlocked, and a infinite amount of brilliant new levels can be designed. The community has been astonishing in their breadth and prowess, from auto-scrollers to puzzlers and classic remakes. This is the game that retaught me the sheer joy of Super Mario Bros. 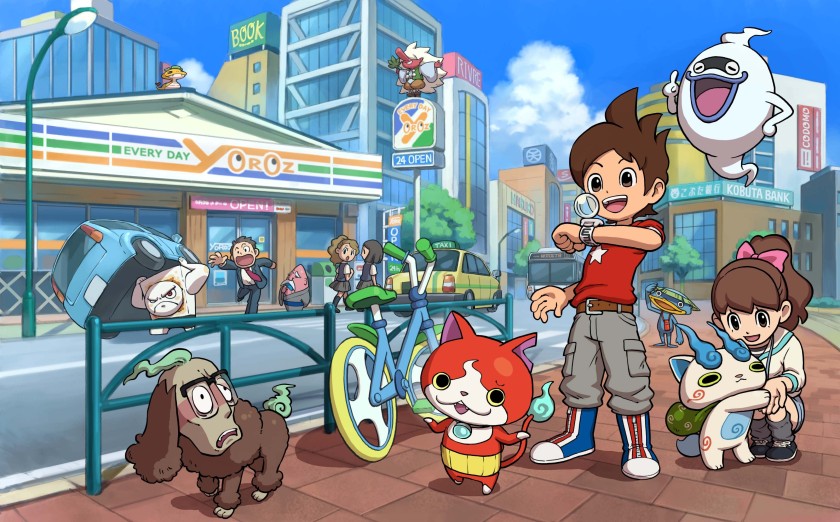 I’ve been an on-again, off-again Pokémon fan since its inception in the late 90s. I’ve tried many other monster-battlers to varying degrees of success, but nothing’s really stuck with me the way Yo-Kai Watch has. Yo-Kai Watch has an incredibly unique fast-paced battle system that emphasizes team-building and balance, and its semi-open world and modern urban setting really set it apart from other JRPGs. I haven’t been this hooked to my 3DS since 2013’s Pokémon Y, and I look forward to more games in the franchise. 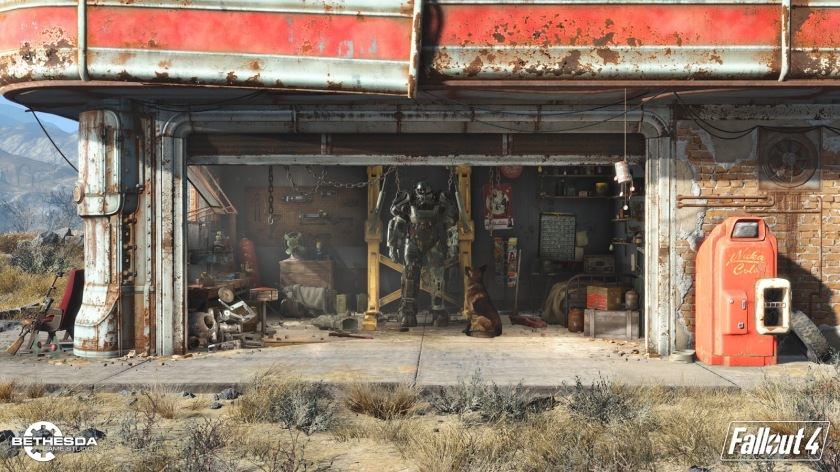 Nothing like a return to gaming’s most infamous post-apocalyptic wasteland to get me excited. Fallout is one of my all time favorite gaming franchises, and I enjoy Bethesda’s take on the open-world, darkly humorous RPG. Fallout 4 isn’t as big an evolutionary leap as Skyrim was, but it’s still a supremely enjoyable experience. The Boston Commonwealth is a neat area to explore, and Bethesda have a knack for seeding all manner of fun content in every square inch of the world. Looking forward to playing this one well into 2016. 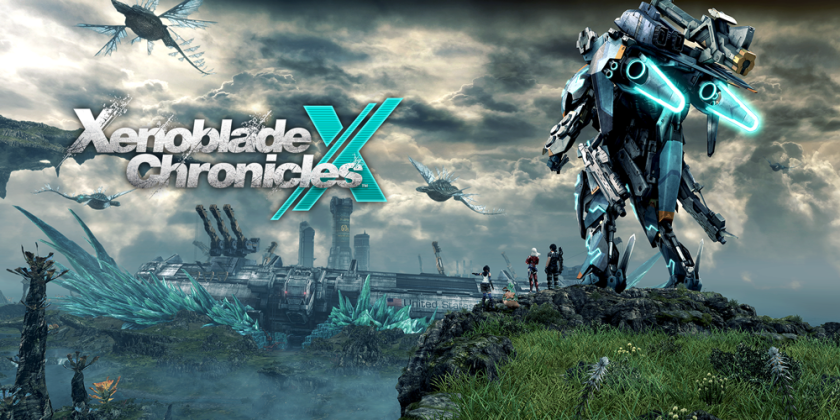 As an older gamer that’s grown increasingly cynical toward Japanese RPGs, my love of Xenoblade Chronicles X is nothing short of astonishing. By blending together some of the best elements of both Eastern and Western-developed RPGs, Xenoblade presents a laundry list of great features. It also exemplifies the Rule of Cool quite well, with giant alien dinosaurs, transforming mechs, and tons of swords and guns and sword-guns. Another gigantic open-world adventure that will last me many more months.

2) Heroes of the Storm 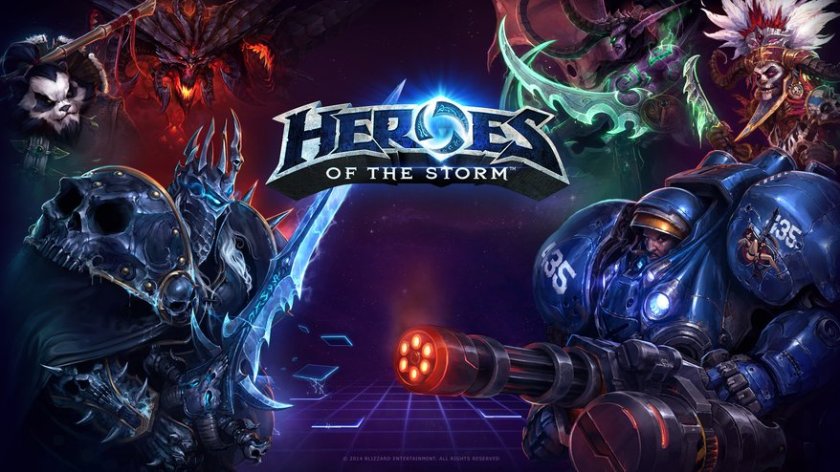 Definitely winning my Best Multiplayer category this year, let it be known that Heroes of the Storm is the game that finally got me into the impenetrable and notoriously unfriendly MOBA genre. Many important design changes factor into a more enjoyable experience, from shorter matches to multiple maps with varied objectives. HotS builds upon Hearthstone‘s free to play success with fun Daily Quests and a gold system that lets you earn heroes naturally through play. It also helps that all my friends play and we’re all big fans of Blizzard’s heroic franchises. I’ve put over 200 hours into HotS, and I imagine that number will continue to grow in 2016. 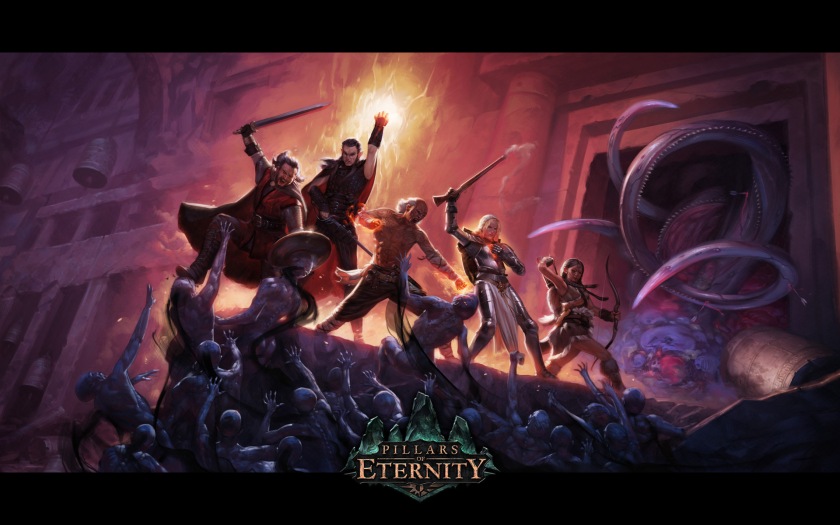 Another year, another classic computer RPG throwback as my #1 game. For a fan of this niche genre I am enjoying the hell out of this renaissance that marries isometric, tactical RPGs with innovative and welcome new features and modern design. Pillars of Eternity exemplifies all that and more, with Obsidian’s excellent writing, world building, and character development. Even the voice work is phenomenal, and all that from the first wave of blockbuster Kickstarter projects in 2012. For fans of Baldur’s Gate and its ilk, Pillars of Eternity is a modern dream come true.

I have no doubt that Just Cause 3 would make this list. But December release dates are always tricky. Especially when giant games like Fallout 4 and Xenoblade Chronicles X release in November – I’m still not nearly finished with either one.

Interestingly there were less indie games on my Top Ten list than previous years. A number of my backed Kickstarter projects released this year, but other than Pillars of Eternity and MASSIVE CHALICE none of them remained memorable throughout the year – or I haven’t had a chance to play them yet.

I fear with so many awesome and massive AAA game releases, I had to pass on several indie games. At least three projects I backed, Shadowrun: Hong Kong, Carmageddon: Reincarnation, and Hard West still sit in my Steam library, unplayed. All good candidates for my backlog group.

Let’s take a look at the awards!

Best Multiplayer: Heroes of the Storm

Best Game Nobody Else Played: Technobabylon

Favorite Moment: Every opening and ending to each Tales from the Borderlands Episode

Favorite 2014 Game of 2015: TIE – Shadowrun: Dragonfall and South Park: The Stick of Truth

2015 was another great year for gaming. I’m pleasantly surprised by how many Nintendo games made my list – I got a lot of love out of both my 3DS and especially my Wii U this year. Splatoon, Yoshi’s Woolly World, Super Mario Maker, Xenoblade Chronicles X, and some great DLC for last year’s Mario Kart 8 and Super Smash Bros. Even with the unfortunate delay of Zelda Wii U pushed to next year, Nintendo had a strong showing.

I also spent a ton of time this year in Battle.net, between replaying Diablo 3 for the millionth time thanks to constant free updates and patches, Starcraft II: Legacy of the Void, and my nightly ritual with Heroes of the Storm. Oh, and there was one magical Open Beta weekend for Overwatch. Blizzard’s been on an exciting trajectory the last couple years, and I’m right there with them.

As every year there were a ton of interesting games I didn’t get a chance to play yet like Shadowrun: Hong Kong, Axiom Verge, Transformers: Devastation, and the first episode of the new King’s Quest remake. Any of those could easily make this list. Too many awesome games, never enough time to play them all.

So ends my annual top ten list. I hope the Top Ten daily countdown made it a bit more fun and engaging. Look for both my Year in Review post and Most Anticipated list in the coming weeks. Happy Holidays!