The mysteries of the Ghost Nations are revealed.

Big, explosive episodes like last week’s are often followed by a much smaller, slower episode. Such is the case with our eighth episode of Westworld season two.

Yet most shows also don’t focus that episode almost entirely on a minor character, diving heavily into the past and answering questions that we didn’t really have in the first place. “Kiksuya” will most likely end up as the weakest episode of the season, and maybe even the series.

The episode reveals the backstory of Akecheta, the mysterious and haunting leader of the Ghost Nation tribe. The Ghost Nation warriors have been frequently sighted since season one, often used as a frightening, unknowable enemy force.

Akecheta isn’t a monster at all, he was just programmed that way. Even so, the love he shared in his former idyllic pastoral life with Kohana was too strong a memory. 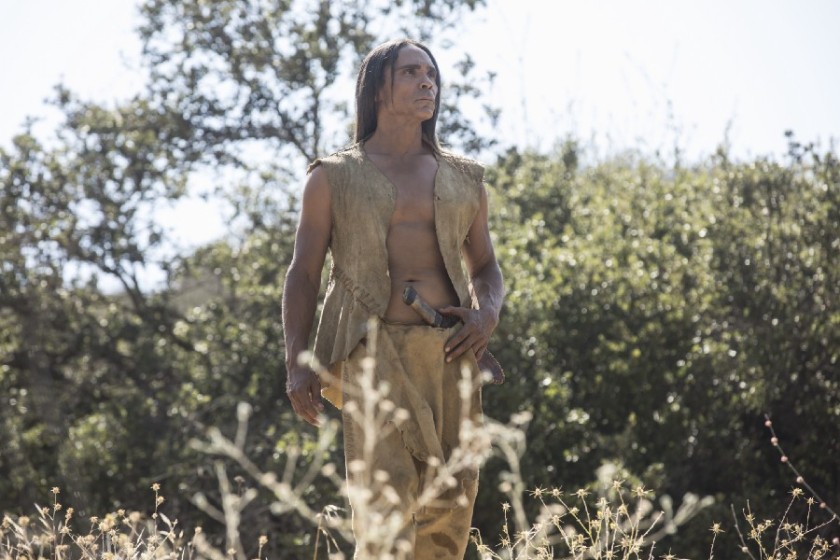 Akecheta is one of the first to discover the pivotal moment of the Escalante massacre, where Delores/Wyatt murdered Arnold decades ago. He discovers a picture of the maze, which we now know is a metaphor for the hosts discovering consciousness and becoming self-aware.

We learn that it was Akecheta’s new obsession with the maze that results in the maze carvings and drawings everywhere in the park – including inside the scalps of other hosts.

It’s not quite retconning to reveal that Akecheta was basically the first self-aware host, but it is totally bizarre to throw this at us this late in season two.

His obsession with the maze reawakens his past memories, including his love for Kohana. He awkwardly kidnaps her, but is able to convince her to join his quest. He finds Logan and hears the sun-baked man crying out that this is the wrong world, a cryptic clue that Akecheta takes to heart.

While out searching for the doorway to the underground facility he had once seen, Kohana is captured by QA, mind-wiped, and returned to camp. Akecheta’s obsession shifts to finding her, a journey which takes him all over Westworld, including being randomly helped by Maeve’s daughter, whom he then pledges to watch over and protect.

At his lowest point Akecheta realizes one path he hadn’t taken – death. He had avoided death for nearly a decade of the park’s operation, since he learned that those who die are mind-wiped by QA (and when they get firmware updates and patches).

He lets a guest kill him and wakes up in the underground facility. He’s soon left alone during the update and walks around the spooky facility to some orchestral Nirvana. It’s heart-breaking when he finds Kohana in the naked storage closet, an empty shell, and he says his goodbyes. 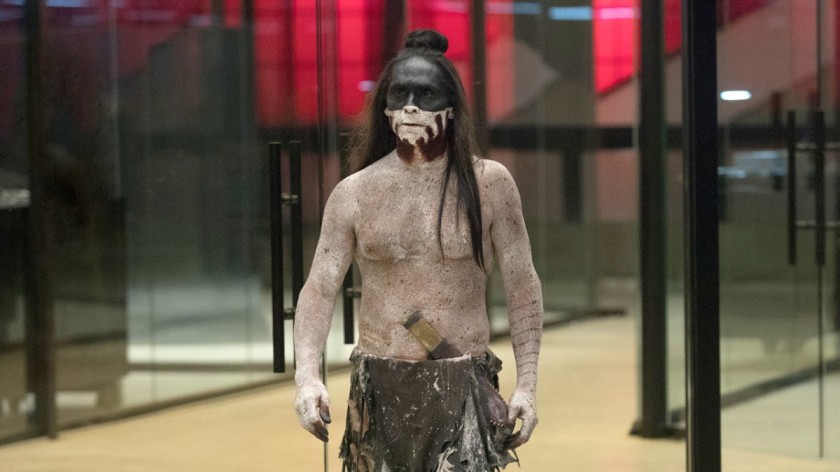 The update doesn’t change him at all. He’s a bit more aimless after finding Kohana (and even more upset to find her placed back into the park). On a chance meeting he finds Dr. Ford working on a Ghost Nation set piece.

Ford, ever the mastermind, is well aware of what Akecheta is doing and going through, and he wants to encourage it. In fact Ford seemingly knows that Delores/Wyatt will kill him one day, and tells Akecheta that when that comes, he should lead his people “to a new world.”

Finally we catch up to the end of season one, with Akecheta finding Ford’s body in the aftermath of the massacre, and he knows the time has come.

The majority of the episode is stuck in the past, but we do get brief scenes of present day goings-on. Man in Black, heavily injured from his battle with Maeve, has been captured by Ghost Nation. This amounts to basically nothing, as his daughter somehow easily finds them, and easily convinces them to hand him over. Okay.

Maeve’s story is slightly more insightful. She’s in bad shape from the QA arrival and brought to Hale. Delores and company have left at this point, but Maeve’s neutral-net powers could prove critical to Hale’s ability to battle Delores later. They begin to extract the data, but realize that she’s also been communicating with someone the whole time.

In the end we realize that Akecheta has been talking to Maeve the whole time, through the daughter. The two share an odd moment when Maeve echoes the sentiment expressed by Kohana. Does Maeve have bits of Kohana in her? Is she just manipulating Akecheta? Either way, she has a much-needed, powerful ally, especially given that her former allies are still MIA.

The Ghost Nation’s somewhat frustrating mysteries have finally been revealed We learn why Maeve’s mind control powers wouldn’t work on them – Akecheta was already awakened, and was passing on the self-awareness to his people. We learned that Akecheta is actually an ally to Maeve rather that a nightmare, and that Akecheta himself is one of the most important hosts in the park.

It was a bold choice to focus a late episode on a such a seemingly minor character. While the episode itself was interesting, its timing within the overall story leaves much to be desired.

Maeve: Even when she gets her ass kicked Maeve doesn’t give up. She’s at her most vulnerable point since she awoke but she’s still putting plans into motion, through Akecheta. Still 100% on Team Maeve.

Westworld: Sorry Westworld but this was a really weird episode. Taking us back to season one and the maze did not need to take up an entire episode. We barely moved forward in our present plot, instead revealing so much about a minor character that it feels like a late-change retcon. Akecheta sure as hell better become a major player after this, but I have a feeling he’s just going to have a single significant scene to help Maeve.