The official house rules we use for our D&D campaigns.

THESE RULES ARE OUT OF DATE. PLEASE SEE UPDATED HOUSE RULES HERE.

LEVELING
PCs can only level up during a Long Rest after they’ve gained sufficient experience, and only at the beginning/end of a session so everyone can prepare between sessions.
Upon reaching a new level, players roll their hit dice to gain new maximum hit points. If it’s less than the average + 1, they can take the average + 1 (d10 is 6, D8 is 5, etc). Then also add their CON modifier.

LIGHT INJURIES
Whenever you take a short rest and do not spend any hit die during it to heal, if you are not at your maximum number of hit die you can regain 1d3 hit die up to your maximum.

RESTING
PCs are generally given 2 Short Rests and 1 Long Rest per Adventuring Day (Adventuring Day is ultimately at the discretion of the DM). If performing a Long Rest outside of an inn, PCs use 1 ration each. PCs expend 1 ration for each Short Rest beyond 2 in a single day.
PCs can still perform a Long Rest without rations and fully heal, but they cannot regain any spent hit dice.
RESTING IN DANGEROUS AREAS
A Dangerous Area is generally any campsite outside of an inn or protected area.
FORAGE – Up to 1 PC can perform a Wisdom (Survival) check to forage for food and water. A successful test negates the ration expenditure for the Long Rest. The DC of the test depends on the region. The foraging PC cannot also be a guarding PC.
GUARD – Up to 2 PCs can be designated as guards during any Long Rest in a Dangerous Area. The DM will first roll to see when a possible encounter could take place (either first or second shift, which may or may not have an active guard), then roll to see if an encounter takes place. A Guard uses a Wisdom (Perception) test (or passive perception if higher) to spot any incoming threats. 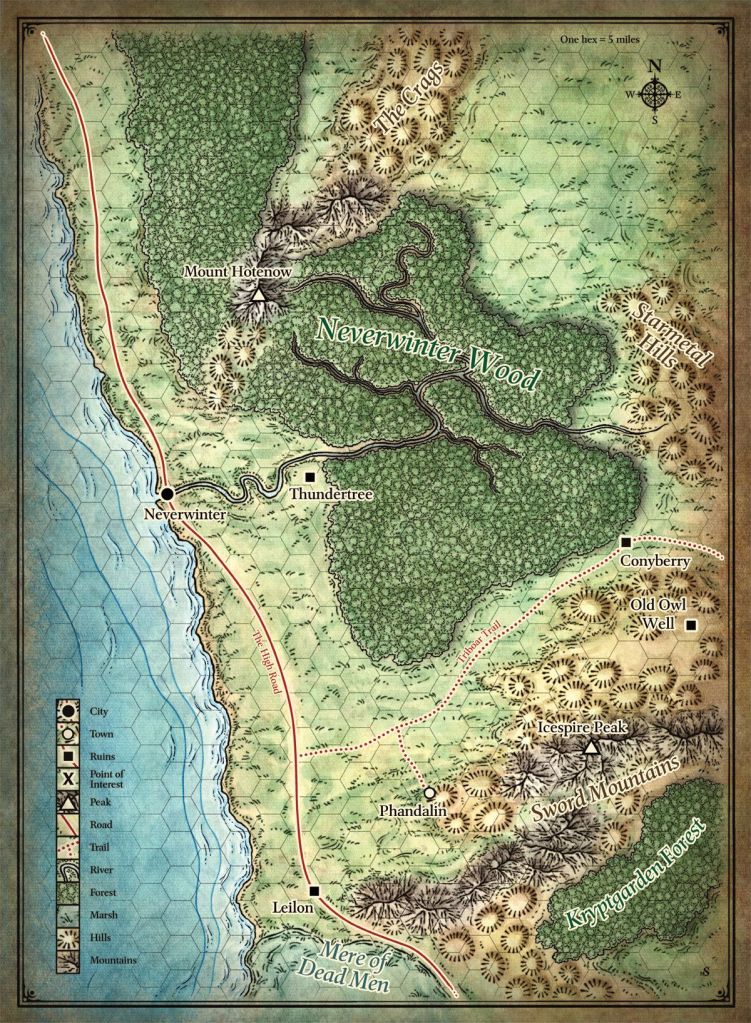 INSPIRATION
Inspiration can be declared after a roll, but a second roll must be made (using only the first number).

STEALTH/HIDING
Beginning a combat sequence through successfully winning a stealth check vs Perception is the way to gain a Surprise Round at the beginning. Advantage on attacks from stealth is only granted under special circumstances, such as a distracted foe. This is not a house rule. Ultimately advantage with stealth, as with advantage in general, is up to the DM in each scenario.

OFFICIAL RULING ON FOG CLOUD
Fog Cloud renders the affected area as Heavily Obscured, and blocks vision entirely. Any creatures within the Fog Cloud suffer from the Blinded condition.
Blinded (PHB 290) – Can’t see, automatically fails checks that require sight. Attack rolls against blinded creatures have advantage, and the blinded creature’s attacks have disadvantage.
However, you also can’t target a creature you can’t see. Here’s the ruling:
Attempting to attack a creature inside the Fog Cloud from outside the Cloud is extremely difficult, and has the potential to hit different targets, including allies. This attack has Disadvantage and only a Critical Hit will find its target. A Critical Fail will randomly hit another target within the Cloud. You are essentially blind-firing into darkness.
If someone attempts to attack a target outside the Cloud while inside the Fog Cloud, same rules as above. Also same ruling as attempting to shoot through a Fog Cloud at a target on the other side.
Attacking a creature within a Fog Cloud while also inside the Fog Cloud requires a Perception check (w/ Disadvantage) vs the target’s Stealth check to locate them, even within melee range. The target doesn’t have to actively hide, the Stealth check is just used as a target number to find them. Attacks of Opportunity also first require the Perception vs Stealth check.
Moving through a Fog Cloud halves speed as if difficult terrain, but checks are only required to locate a specific target, Use the Perception vs Stealth checks as above.

OFFICIAL RULING ON MINOR ILLUSION
Minor Illusion can only create sounds or static images of objects, no bigger than a 5ft cube (PHB 260). Sorry sexy goblin.
Any physical interaction with the illusion reveals it as such, like an arrow going through it.
Plunking down an illusion in front of non-mindless creatures will grant them advantage on their Investigation check. The illusion still works for other creatures until it’s physically interacted with.

OFFICIAL RULING ON COUNTERSPELL
When an NPC casts a spell, the DM shall first describe that a spell is being cast, and describe any material and/or unique somatic components or visualizations. If the PC is unaware, the DM shall also explain if it’s an Arcane or Divine spell.
The PC that wishes to use Counterspell must make a free Arcana or Religion check for Arcane or Divine spells respectively.
The PC has Advantage on the check if the spell is on his or her spell list.
10+ PC learns the spell’s school
15+ PC also learns the spell’s base level
20+ PC also learns the exact spell name
25+ PC also learns the spell level being cast
Once a spell is cast through Roll20, Counterspell cannot be used. DM must provide time for the PC to make appropriate checks.

ADDITIONAL COMBAT ACTIONS
Climb Onto Larger Creatures – Make a Strength (Athletics) or Dexterity (Acrobatics) check vs the target’s Dexterity (Acrobatics). Climbing onto a larger creature this way grants advantage to the grappler/climber. The larger creature can attempt a Strength (Athletics) check vs the climber’s skill check to shake them off.
Disarm – Make a normal attack roll, but vs foe’s Strength (Athletics) or Dexterity (Acrobatics) rather than AC. Does no damage if successful but causes the foe to drop their weapon/item.
Mark – When making a melee attack, the attacker can choose to Mark its target. Until the end of the attacker’s next turn, any opportunity attack against the marked target has advantage and doesn’t expend the attacker’s reaction.
Tumble – As an action or bonus action, make a Dexterity (Acrobatics) check vs target’s Dexterity (Acrobatics). If successful, you can move through the target’s space and adjacent spaces without incurring an opportunity attack.
Flanking – Flanking is not an action, it occurs whenever two allies are adjacent to an opponent and on opposite sides. Both gain advantage on attack rolls as long as the situation remains in effect. This does not apply to NPCs (though some have similar built-in abilities)

MOVING THROUGH ALLIES
You may move through (but not land on) the same space an ally occupies at the cost of double the movement for that space (shoving them aside without injuring them). Assuming a small/medium ally, it would take 10ft of movement to cross that ally’s 5ft square.

LASTING INJURIES
Beginning at Level 2 a PC can sustain a lasting injury when their health drops to 0 (or lower).
PC must make a DC 15 CON saving throw. Failure results in a Lasting Injury, which should be denoted on the character sheet until healed. (DMG 272)
If a PC hits their negative maximum (-17 if you have 17HP), you don’t automatically die. Instead you gain one Failed Death Save, and must roll for a Lasting Injury (no saving throw)
To determine which Lasting Injury, roll a d20:
1 Lose/damaged Eye – Disadvantage on Wisdom (Perception) checks that rely on sight and ranged attacks. Advantage on Charisma (Intimidation) checks). If you lose both eyes you are blinded.
2-5 Crippled Limb – Player chooses which limb. Arm – Can’t hold two different objects or wield two-handed weapons. Disadvantage to some STR saving throws/checks. Leg – Speed is halved, can’t use the Dash Action, Disadvantage to most DEX ability checks and saving throws. Crippling both arms means you cannot wield anything, crippling both legs means you can’t move at all.
6-9 Internal Injury – Disadvantage on Constitution saving throws/checks. Roll again if already suffering from this.
10-13 Concussion/Head Trauma – Disadvantage on Intelligence saving throws/checks. Roll again if already suffering from this.
14-19 Nasty Scar – Disadvantage on Charisma (Persuasion) checks, Advantage on Charisma (Intimidation checks). Can choose where the scar is, but must be somewhat visible.
20 Minor Scar – Not immediately visible. Confers no advantages or disadvantages. Builds character.

A PC can have more than one Lasting Injury, though some do not stack or have obvious limits (only unlimited one are the scars).
All injuries can be healed via a DC 20 Medicine check (can try once between short and/or long rests, failure doesn’t expend a healing kit unless rolling a 1) or via a Lesser Restoration (or better) healing spell or service (40gp). Healing spells can remove multiple Lasting Injuries at a time, Medicine check can only work for one Lasting Injury at a time.
Concussion and Internal Injury will eventually heal on their own if the PC rests for one solid day.
These rules apply only to PCs, however NPC foes can suffer Massive Damage (see below). 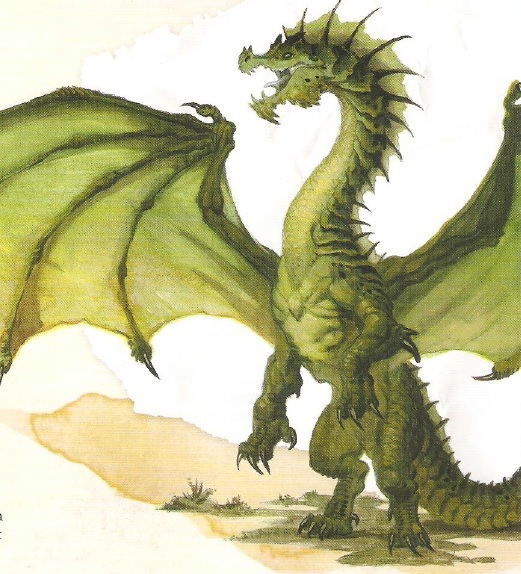 GAIN KNOWLEDGE
Upon encountering a new creature, location, or object, a PC can roll a skill to see if they can recall that information from their studies or travels. The skill check varies. Wisdom (Survival) could be used for a wilderness location or Beast, while Intelligence (History or Arcana) could be used for some ruins or magical creatures. Most items and objects would be Intelligence (Investigation).
For creatures, Succeeding on a DC 15 gives you the character card in Roll20 with pic and description, while a roll of 20 gives you that as well as some clues as to its abilities, vulnerabilities, etc.
The knowledge roll can be used during combat as a free action, though each PC can only ever attempt it once per target. Knowledge on creatures can be gained automatically if the PCs encounter enough of them – ask your DM!

MORALE
Under certain circumstances (creatures are surprised, leader is taken out, things are looking bad), the DM can make a DC 10 Wisdom saving throw for the NPC with the highest saving throw. Failure results in the creature (or creatures) fleeing the PCs. PCs gain XP as if they had slain any that fled (if they don’t pursue), though they don’t get any individual treasure the fleeing monsters had. (DMG 273)

SPELLCASTING SERVICES
A town’s local priest or temple can provide healing and information spells, for a price, up to 3 times per day. Those with Acolyte background can get the first spell for free (50gp or less), once per day.

RECAP
A Player can volunteer to recap last session’s events instead of the DM. This Player will be rewarded Inspiration (assuming they do an adequate job – DM’s discretion). Remember you can’t have more than one use of Inspiration. The same player cannot do back-to-back recaps two weeks in a row.

2 thoughts on “My D&D House Rules”