The Duergar Outpost holds a sinister secret as the Marshals search for the kidnapped prisoners. 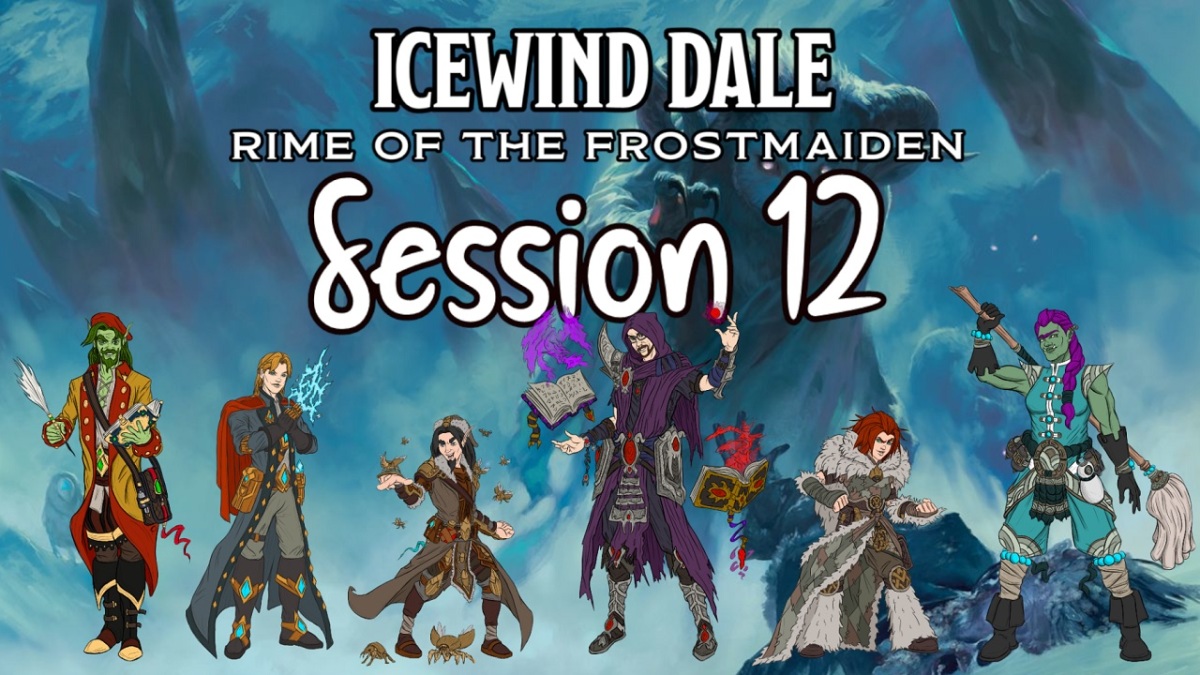 Nildar Sunblight had escaped during the fight in the main keep, but the party was in no shape to give chase. Instead they retreated back to his room and hunkered down for a short rest, knowing they still had to find the kidnapped prisoners, and remembering Nildar talk of turning people into spore servants in a room to the south.

After the short rest, the Marshals headed south toward a pair of doors and a sign warning entrants to wear a mask, with only a single mask hanging from a hook. Celeste took the mask and they opened the doors, finding a large, temperature-controlled room filled with mushrooms and fetid water. A breeding ground for the Myconid spores the Duergar have been harvesting.

The room contained over half a dozen cells with narrow slits, and Celeste crept to the nearest one. As she moved, she disturbed a mushroom (failed Acrobatics check), which then lashed out at her for 2d8 necrotic damage.

I turned the entire room of O7 into an environmental hazard. Moving around the room forced a DC 15 Acrobatics check. Failure forced a roll on a custom d4 table, with a 1 triggering a Violet Fungus attack, and the other three borrowed from the Myconid Sovereign statblock (Caustic Spores, Hallucinations Spores, and Rapport Spores). Wearing a mask conferred advantage on the saves — though not on the Acrobatics check!

At the second cell door, the injured Celeste found Trovus, still bound, but alive. He was clearly suffering from some kind of fungal infection. 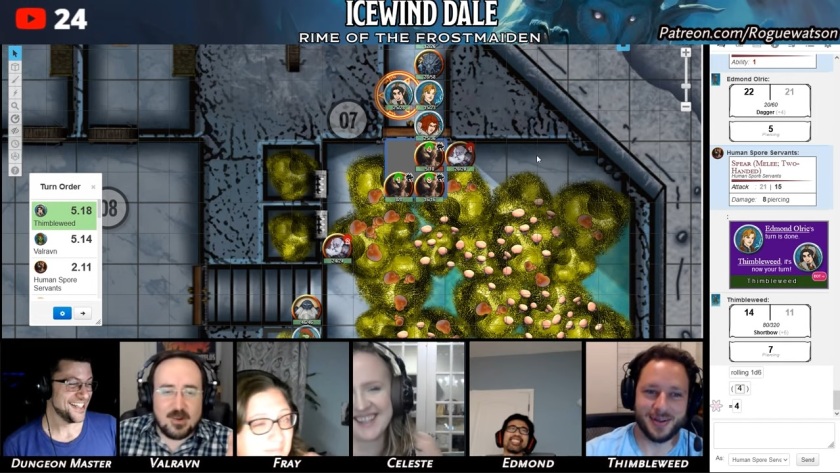 This was a huge, session-long battle, and the party played it smart. After a mostly ineffective surprise round by the duergar, Celeste scooped up Trovus and hauled butt with her awesome speed back towards the northern hallway. Edmond laid down a Grease spell at the entrance and funneled all the spore servants toward this slippery kill-box. While some still got some hits in, they all fell prone and the Marshals easily slaughtered them. Poor quaggoth never got a single attack off.

The plan had one problem — there was still one more kidnapped prisoner who needed rescuing, Allie the innkeeper.

Valravn leapt forward and used Misty Step to teleport to the other side of the room, finding her in another cell. He helped her to her feet, cast Dissonant Whispers on the nearby spore servant, and began walking out, only to realize he was directly next to two of the duergar. He would ultimately fall to a nasty crit from the mind master’s mind-poison dagger, and get dragged back into the cell, where he would roll death saves for the next three rounds (succeeding on all three).

With the greased-zombies finally dealt with, the rest of the party slowly surged out of the hallway, still leery about moving around the mushroom area. Fray would exit first, but by the time she made it across the room, Valravn had already stabilized himself. She had a different quarry: that pesky mind master had forced to attack Thimbleweed using his mind-magic, and she wasn’t happy. The two had a nasty fight on the stairs, he retreating west and she chasing him down, only for the duergar to turn around and land yet another crit, and eventually down her.

By then the rest of the party reached the stairs, and Celeste could stabilize Fray while Thimbleweed finally put down the duergar mind master. I may have over-tuned the fight slightly by adding the mind master, but nobody banked on getting two crits on the nastiest attack I had!

The hard-won fight was finally over, the prisoners rescued, and Fray and Valravn both made their CON saves to avoid lingering injuries. The rest of the outpost was empty, and Nildar the duergar prince had escaped. The party looted what they could, then torched the rest, returning to Caer-Konig as heroes and settling down for a much-deserved Long Rest – and Level 4!

One thought on “Icewind Dale: Rime of the Frostmaiden Session 12 Recap”