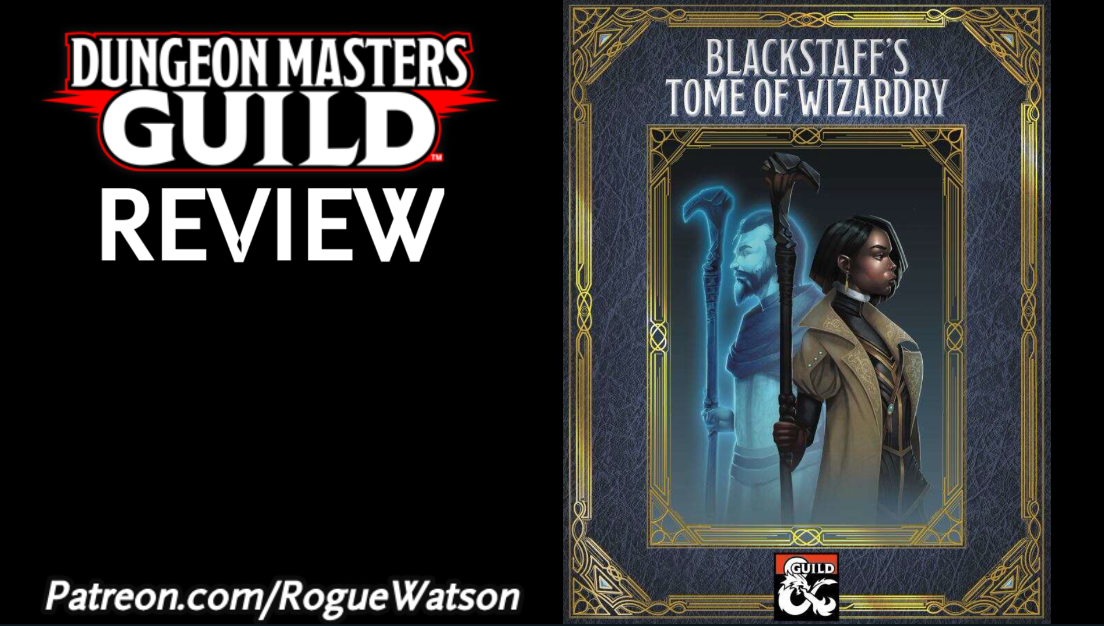 Ah, the wizard. The classic spellcaster wielding a staff and a book. A staple of fantasy RPGs.

Yet the wizard has become less and less interesting since Dungeons & Dragons Third Edition and the release of the Sorcerer and Warlock classes. Fifth Edition’s ho-hum spell school archetypes (save Divination) doesn’t do it many favors, not to mention the bard becoming a full-fledged spellcaster in their own right.

Wizard archetypes seem to share the same problem – their somewhat lame abilities are made up by their potential access to a huge library of spells. The trend continues in the Tome of Wizardry. Often I found the new abilities lacking, while the spells were thematically interesting – to the point where many of them should’ve been baked into the archetype.

Wizards of the School of Green Star Adepts infuse their bodies with green crystal from an enchanted meteorite, which grants natural AC, unarmed attacks, and add INT modifier to checks involving the sky. Later they can add their INT to STR and CON saving throws, and make a CON save to ward off critical hits.

The spells are infinitely more interesting: hurling glowing green bands to grapple enemies, converting a gemstone into a bomb (with damage scaling with the value of the gemstone), and creating a clone out of green crystal.

In the School of Lunar Magic, your DM will have to keep track of the bloody lunar cycle in your campaign to determine if you get a +1 or -1 to your Spellcasting DC. You also get a free Sacred Flame cantrip, and at 6th level you can use moonlight to hide objects or creatures for a minute. Eh.

New lunar spells include creating a fist made out of lunar light to smack foes around, healing allies with moonlight, and performing a moon walk to evade attacks. Any of these would have made for much more interesting class abilities with some balancing restrictions in place.

That isn’t to say there aren’t some well-designed archetypes that offer both interesting spells and exciting wizard abilities. The School of Nethermancy grants Darkvision, stealthy spellcasting, and shadowy teleportation. Runecraft offers a list of Giant runes that are magically tattooed on your body, and can be activated with different effects.

Ferromancy does some neat stuff with magnets, static electricity, and hurling metal blades at enemies (Magneto!), while Soulbinding is like Lich Lite with creating an object your share hit points with.

Overall I would give a dozen of the new wizard schools a hearty thumbs up for offering cool themes, fun abilities, and interesting new spells. Fewer than 40% isn’t a great ratio, though it’s tricky to complain about having too much content.

For many of the schools I was less enthusiastic about, the new spells often made up for it. It also helps that the Tome of Wizardry is impeccably designed, with lovely artwork, solid editing, and multiple indices that organize spells by name, level, and school, creating a comprehensive supplement worthy of Blackstaff himself.

The Verdict: Blackstaff’s Tome of Wizardry offers a large variety of Wizard subclasses and themed spells, but the high volume approach favors quantity over quality.