A ghostly new player class that possesses others. 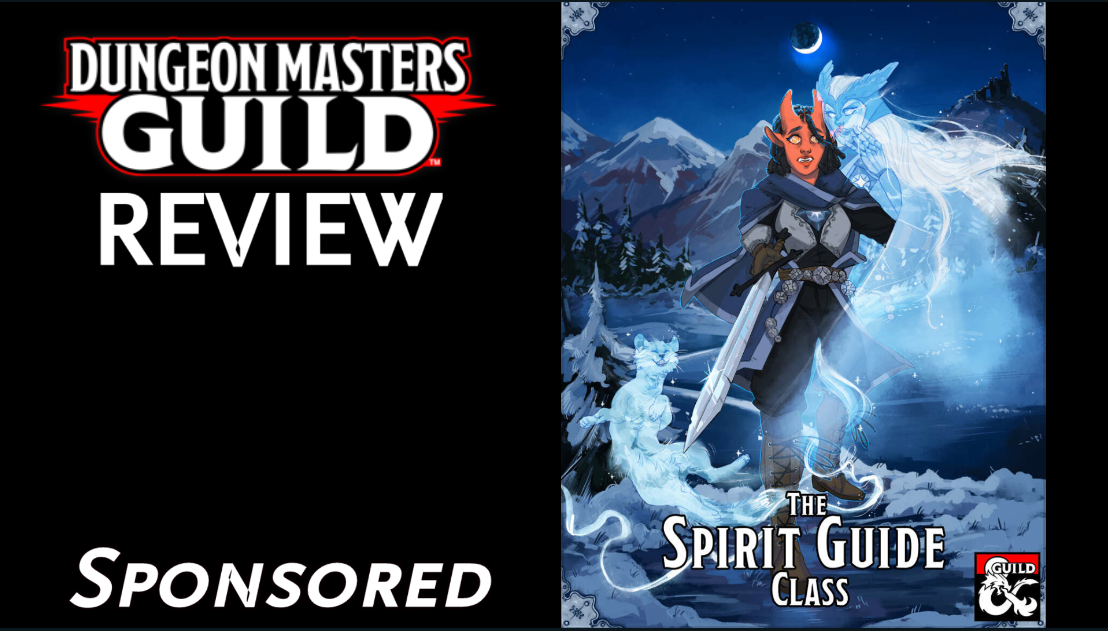 What a player character dies it’s either off to the nearest temple to raise them, or time to roll up a new character sheet. But what if there was a third option? The Spirit Guide Class is a unique class with a startling prerequisite – you have to die.

The spirit guide is intended for player characters who have met their untimely demise during their adventuring career – though there’s nothing stopping you from creating a new spirit guide at level one.

The spirit guide is a unique ghost class who cannot attack, cast spells, or interact with objects, though can be targeted by enemies and traps, with their paltry d4 hit die. On the flip side they have resistance to nonmagical attacks, immunity to most conditions, and are immune to falling damage, though they can’t fly (and aren’t incorporeal) until 15th level.

Like a ghost, the guide’s primary means of interaction is through Possession, which they can do right at level 1. The target must be a willing humanoid, and the host gains the spirit guide’s Ethereal Sight and the benefits of a Guidance spell if the guide has proficiency in the relevant skill, weapon, or saving throw. 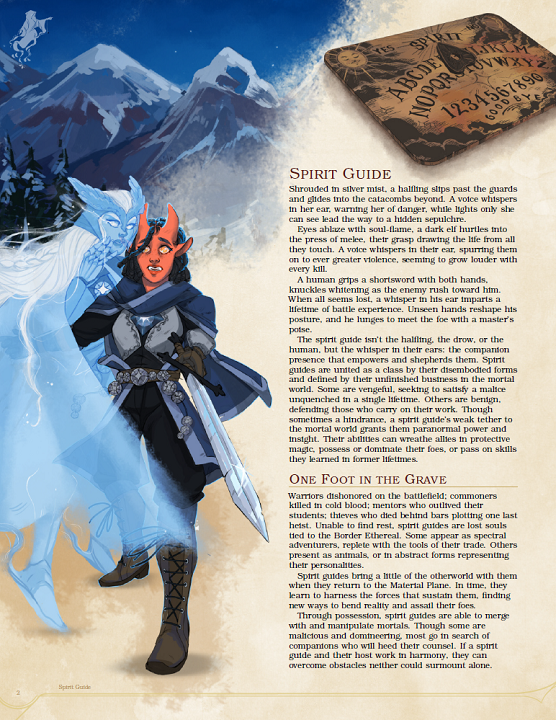 At first level the spirit guide can also choose from four different subclasses with highly thematic names, like Malice Unsated and Restless Blade. These subclasses grant lots of new abilities, such as spell-casting, possessing enemy targets and corpses, or animating objects like a poltergeist.

All four subclasses look fun and interesting in different ways, though the Restless Blade doesn’t get their spiffy ability until 6th level, when they can become a Phantasmal Warrior once per short rest.

At third level the spirit guide gains Manifestations, which are similar to Warlock Invocations, granting new abilities and spells such as casting Invisibility and Misty Step on the host, casting Spiritual Weapon at will, or perform a Mournful Wail or Haunting Guise to disrupt foes around them.

The class is fun, interesting, and very complicated since it can’t normally attack in combat – a huge drawback in a game centered around fighting monsters. Thankfully there’s an included variant available if the idea of literally playing as an undead ghost is a bit too weird.

The occultist is a more normal PC who has the ability to summon a spirit guide as a companion. The companion has all the abilities, subclasses, and Manifestations available in the main class, letting you have all the benefits of playing a still-alive person while playing around with the spirit guide powers. Win-Win!

To top it off, the class includes d6 tables for background and quirks, like cause of death. It’s all wrapped in a professional layout and design that looks ripped out of the Player’s Handbook, along with fun new artwork.

The Verdict: Whether the perfect solution to a slain PC who can’t let go, or the desire to play a ghost-summoner, The Spirit Guide Class is a successful take on a challenging concept.

This review has been sponsored by the publisher Find more DMs Guild Reviews on my website and YouTube channel.