This week’s episode of Westworld was a return to relatively normalcy after the broad-reaching , densely packed premiere. Unfortunately it provided lots of additional backstory that I’m not sure we really needed. END_OF_DOCUMENT_TOKEN_TO_BE_REPLACED

Seven months and 80 hours later my partner and I finally put down our PS4 controllers in triumph to watch the end credits roll on Divinity: Original Sin Enhanced Edition.

We have played many cooperative games together over the years but none have enthralled both of us quite like D:OS. Its rewarding tactical combat system, huge world, and most importantly, a story that weaves together both characters equally kept us invested in one of the best cooperative gaming experiences we’ve ever had.

Card games can be tricky for younger kids. It can be challenging to hold very many cards in tiny hands, and privately manage their own resources.

It is a truth universally acknowledged that Heroes of Might and Magic 3 is not only one of the best PC strategy games ever made, but one of the best games period, perfectly capturing the magic of building castles and battling fantasy armies. Unfortunately 3DO filed for bankruptcy soon after producing the disappointing fourth entry in the series in the early 2000s, taking New World Computing, the developers of Might and Magic, with them. Ubisoft swooped in to take over, and would then go on to produce increasingly mediocre sequels.

But fortunately for us, in 2008 King’s Bounty: The Legend came from Russia, with love.

Thanos is one of the biggest badasses of the Marvel universe. Yet he even he knows that one does not simply invade the Earth. Earth is lousy with superpowered people, many with the power to practically (and some, literally) rewrite existence (looking at you, Scarlet Witch). What’s a mad Titan to do?

This article ran as part of PC Gamer’s Class of 2008 series of retrospectives.

“We wanted to make a beer game,” says Michael Austin, creative director and co-founder of Hidden Path Entertainment. “That’s a game you can play with one hand while holding a beer.”

Though Austin and his fellow veterans at Hidden Path had previously worked on several games, Defense Grid: The Awakening was their first self-published title. They released it in 2008, when the tower defense genre was still mostly mods for games like Warcraft 3 and a few smartphone and browser games. Austin saw a fellow employee playing Desktop Tower Defense, and became inspired. “I wanted to make a AAA tower defense game, since the genre had only been in mods and flash games so far. I wanted to make Defense Grid because that’s a game I wanted to play.”

Pose as local nobles and win the hearts and minds of the people of Meratt in Part 2 of the War for the Crown.

The sophomore adventure in the War for the Crown Adventure Path follows more of the political intrigue and social maneuvering from the first. It’s designed to run directly after Crownfall, with PCs beginning at 4th level and advancing to 7th at the conclusion.

In Songbird, Scion, Saboteur, the PCs travel north to the county of Meratt, assuming the role of long-lost nobles, hob-nobbing at posh parties, helping the local populace with various odd-jobs and missions, and culminating in the PCs’ invasion of the ruling noble.

The adventure hits all the right beats, though running many areas, particularly the mini open-world section of Part 2, could prove tricky to run in Roll20. END_OF_DOCUMENT_TOKEN_TO_BE_REPLACED 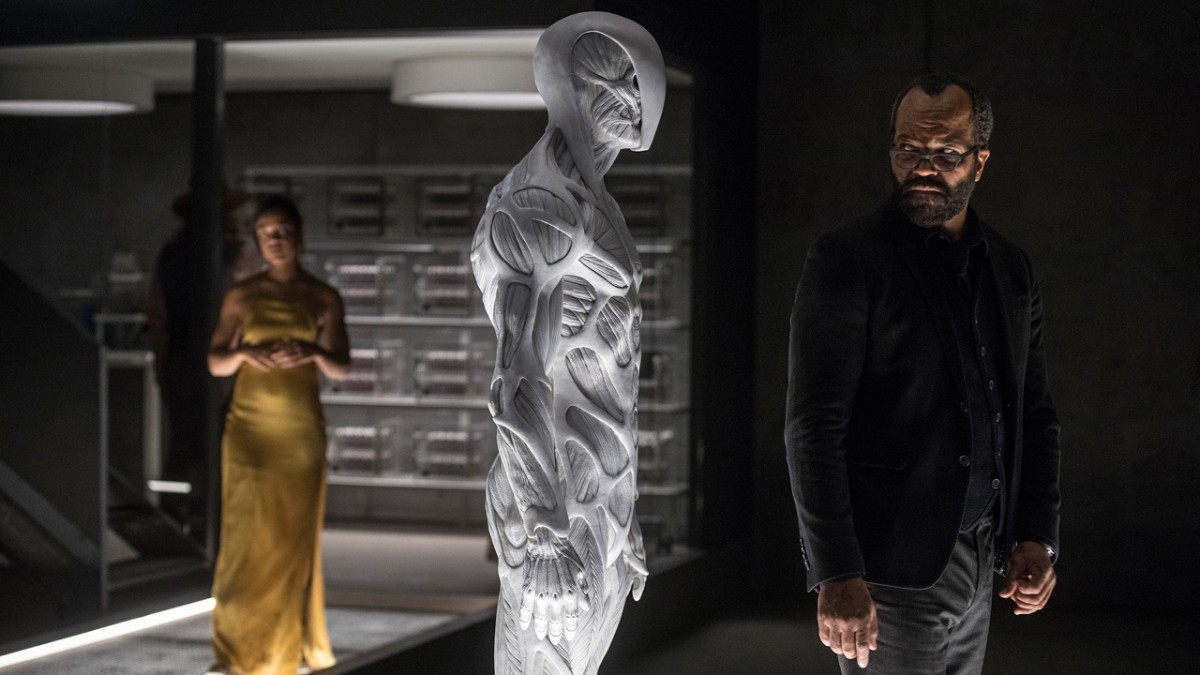 It’s been 16 long months since we last visited Westworld, yet for our characters it’s only been mere moments. The season two premiere is a bit jarring as we quickly get re-acclimated. The premiere jumps right into the aftermath of the climactic uprising of the emerging self-aware androids who violently cast off their shackles as entertainers in a Wild West-themed park of the future.

With Dr. Ford dying during the final moments of last season’s finale, our major cast has been reduced (and makes Anthony Hopkins the Sean Bean of this show). The season premiere checks in with each of our remaining major players: Delores, Bernard, Maeve, and the Man in Black (William). All four are separated and have their own agendas during, and immediately following the Westworld rebellion. END_OF_DOCUMENT_TOKEN_TO_BE_REPLACED

PROGRAMMING NOTE: Due to multiple scheduling conflicts over the next two weeks, our next D&D session will stream on Sunday, May 6.

It took both our sorcerers deploying their Mage Hands to turn the latch and pull open the massive giant-size wooden door as the cold winds buffeted our faces.

As the doors slowly opened we caught movement on the ramparts. The arrakocra statues had sprung to life, turning toward us as if controlled by one mind.

We saw their mouths begin to open in unison and we quickly lurched into action. Halfred fired off a bola-shot from his new bow, completely destroying the nearest statue when the ropes attempted to wrap around it. I charged my hippogriff at a third, blasting it apart with a pair of telekinetic strikes. Bryseis launched a Magic Missile, shattering another.

The statues held spears but they were more interested in squawking then attacking. Just as the last two were about to screech out a warning to the whole castle, Korinn held up her hands as lighting crackled between them. She muttered a phrase as the electrified orb became two orbs, and set them flying at them both, destroying them in a static cloud.

The area lay still again. For now we remained undetected, hundreds of feet in the air atop a flying castle full of giants.

After the action-packed dungeon-clearing session last week we settled in for a more expository and logistical session this week. We also officially leveled up to 10! END_OF_DOCUMENT_TOKEN_TO_BE_REPLACED

Does the turn-based tactical combat of XCOM work in a 2D game?

It’s been far too long since I was able to properly start and finish an older game from my backlog. My workload as a freelance writer continues to increase (and part of my job is to play new games), and 2017 in particular had a bunch of long games that have taken up a big chunk of my personal play time, such as The Legend of Zelda: Breath of the Wild, Horizon Zero Dawn, and Divinity: Original Sin 2 (consequently, the #1-3 games on my Top Ten list).

But thanks to waiting in line every day to pick my daughter up from school, I’ve been slowly plugging away on my Nintendo 3DS, finishing a lot of recently released games like Pokémon Moon, Metroid: Samus Returns, and Monster Hunter Stories.

After those I fired up an older game that had been sitting in my digital library for so long that I accidentally purchased it again during a Steam sale at some point: SteamWorld Heist.

SteamWorld Heist is a spin-off of the SteamWorld Dig series that takes place in the same steampunk-robots-in-space universe. But instead of another action-platformerer, it’s freakin’ 2D XCOM, and it works brilliantly. END_OF_DOCUMENT_TOKEN_TO_BE_REPLACED