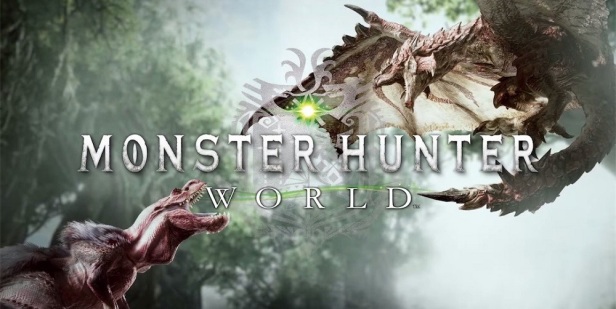 While there were some excellent surprises on my Game of the Year list, none reached the incredible dark horse status of Monster Hunter: World. This was a series that I’d never cared much about. I last dabbled in the series with Monster Hunter Tri on Wii a decade ago only to bounce off hard.

I never expected to like this game, let alone fall in love with it. After my first week of playing I feverishly told my friends they had to pick it up, and what followed was dozens of hours of both solo and cooperative greatness as we mastered our favorite weapons, familiarized ourselves with the colorful hunting grounds, and studied the deadly dance of each monster so we could craft better gear and do it all again.

With Monster Hunter: World I finally understand the appeal of the entire Dark Souls subgenre of action-RPGs: densely detailed game design that requires intimate knowledge of enemies, weapons, and attack animations. Over a dozen weapons provide different styles that completely change how we approach a fight. Every monster has predictable attack patterns and behavior, yet all still provide a dynamic and exciting challenge – especially when nearby monsters are thrown into the mix.

The crafting loop creates a constant and steady stream of rewarding progression while rarely feeling frustrating due to rare drops, at least until the very late game. The main campaign alone lasts over 50 hours, and then you can do it all again but with a fun remixed version of more powerful monsters in different locations. In total I logged over 100 hours into Monster Hunter: World, easily making it my most played game of the year, and much of that with cooperative multiplayer.

Sure the main story is threadbare. They didn’t exactly prioritize the cringey writing or voice acting. And that Zorah Magdaros campaign mission is probably the most laughably awful designed mission in an otherwise stellar experience. The primary appeal is choosing your randomized mission of varying risk and reward and jumping in to a dangerous zone of killer monsters and hazards, which satisfies all my online cooperative multiplayer in a way few modern games seem to be able to.

More than any other game on this list Monster Hunter: World created the most Oh Shit moments, such as fighting a T-Rex only to have a dragon swoop in and carry it off, or fighting a pair of dragons together only to knock them over a cliff by triggering an avalanche of water. It’s a game that cuts out all the middling parts of an action-RPG, leaving only the bombastic, imminently satisfying boss battles.

I hope to return to Monster Hunter: World again in the future but even if I’ve fully retired, it’s more than earned its place as my favorite game of 2018.