Meet our new player characters for Rime of the Frostmaiden. 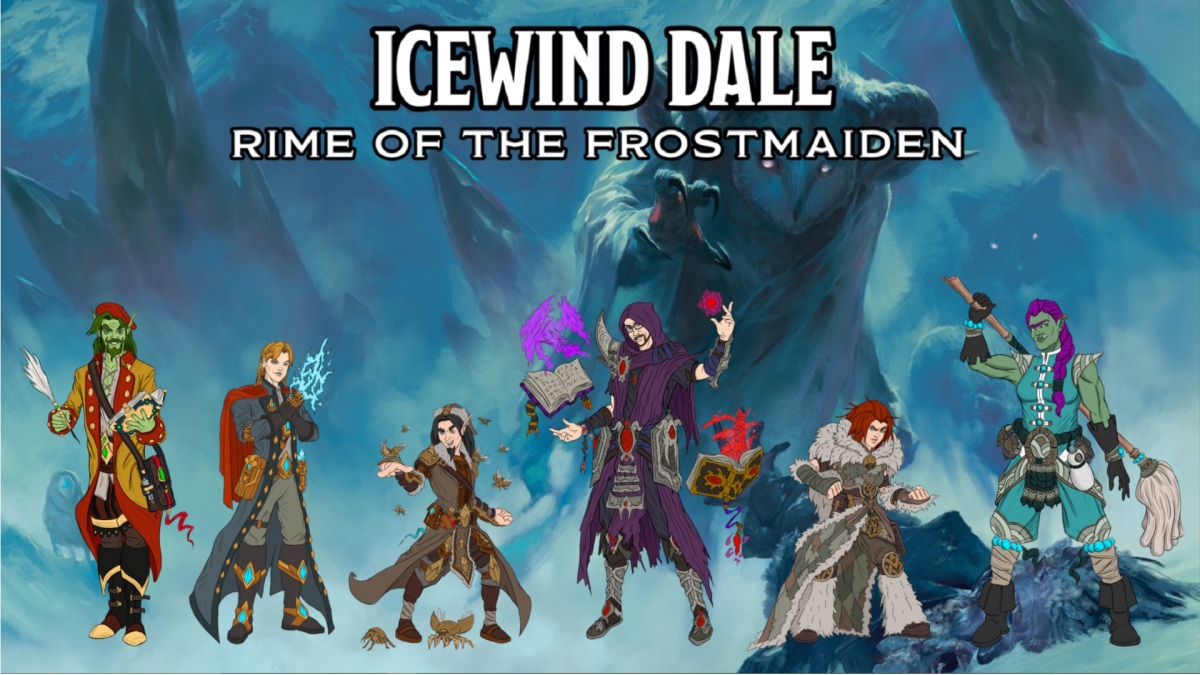 Note that Session 0 includes two videos. The first, the live streamed Session 0, and a second non-streamed 1 on 1 with Rachelle who couldn’t make Session 0.

Meet our new characters for our Icewind Dale: Rime of the Frostmaiden campaign!

Our character creation rules are largely unchanged, but the new character secrets and free feat helped everyone define their characters like never before. See here for our official house rules and the latest updates.

All officially published 5e material is allowed, if it’s set in the Forgotten Realms (non FR stuff, like Guildmaster’s Guide to Ravnica, could be allowed on a special case-by-case basis). The new race creation rules and alternate class abilities from Tasha’s Cauldron of Everything also apply.

To generate stats, players roll 4d6 and drop the lowest result. They roll six times, and if the sum total is less than the total of the standard array (72) they may choose to take the standard array instead. This ended up happening to almost everyone! I believe the best total roll was a 75.

New to this campaign: every  character, regardless of race, can choose a free feat at level 1. Furthermore, each character will need to choose a hidden Secret. These secrets were mostly drawn from the campaign book, but modified by the DM with newly added mechanics. The DM then selected two secrets and gave them to each player, and the player chose from there.

Secrets are hidden in case players pop into this page. To see a secret, highlight it. To discuss secrets and spoilers, please use the No Players Allowed channel in our Discord server. 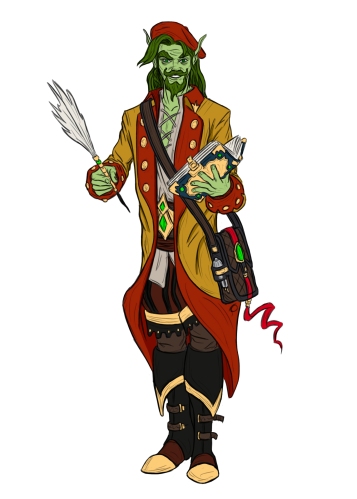 Concept: A gregarious writer with dreams of writing an epic tale of adventure.

DM Notes: Chris was the last to pick, purposefully filling a flex position with multiple options. As you can see below, this group badly needed a face character, so meet Valravn the Bard! For the first time he’s also role-playing a more good-natured character, which should be delightfully refreshing, and may set the tone for how this group acts in the campaign. 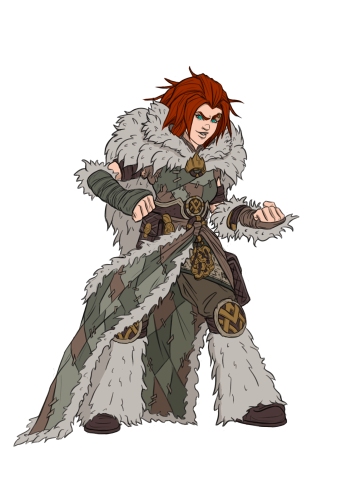 Concept: A tiny Game of Thrones wildling from the Ten Towns area. When she rages, she laughs manically.

DM Notes: Playing a fierce, aggressive, powerful character is definitely on brand for Heather, but the barbarian is actually new to all of us. The only class from the Player’s Handbook that we’ve never seen in a full campaign! She already has a great handle on how to role-play this adorable yet terrifying character. 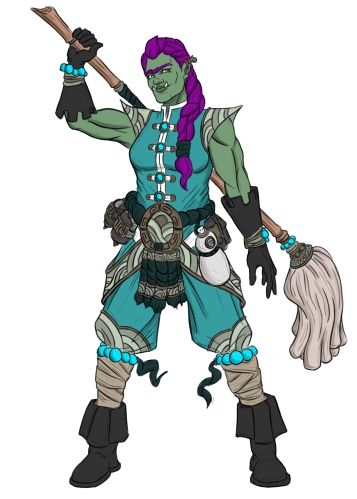 Concept: The obsessive custodian at a monastery who picked up some martial arts. Still armed with her mop!

DM Notes: I did not expect Rachelle to bring such a humorous concept to the group! A towering half-orc who just loves to clean and mop, this should be a fascinating character to role-play. Out of everyone she was the most excited about her secret and how it impacts her character. 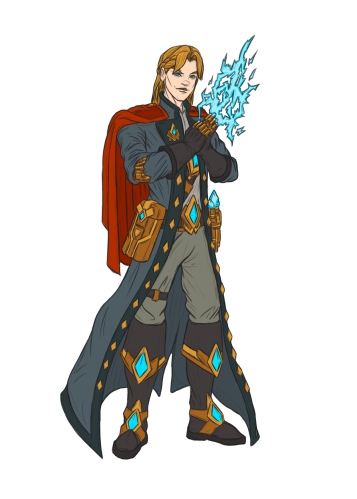 Concept: Inspired by one of the lead characters from Full Metal Alchemist. Flavors spell-casting and alchemy as transmuting objects from one thing to another.

DM Notes: I’m not familiar with Full Metal Alchemist, and the Artificer is still brand new to us, so this character has the most mystery surrounding it. I’m very excited for Raymond to be playing a spellcaster however. He’s excellent at out of the box thinking that makes so many sessions memorable and interesting. 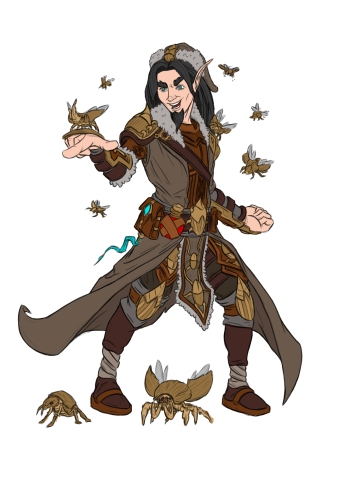 Concept: An eccentric tracker and shaman from the Reghed Elk tribe, with the pompousness and delightful annoyance of a 90s cartoon villain.

DM Notes: The voice for this character is just amazing! Thimbleweed will go Swarmkeeper at level 3 (hence the bugs in the pic) and truly become a hilariously dramatic commander of bugs. His look at attitude is loosely based on The Monarch from The Venture Bros, and I couldn’t be happier. A bow-wielding ranger is also a great fit for this team, and new rules from Tasha’s adds much better abilities for the class.

One thought on “Icewind Dale: Rime of the Frostmaiden Session 0 Recap”