More than any other game on my list, Civilization VI benefits from “game I most recently played” syndrome. I’m still knee deep into Civ VI, cresting 60 hours and just finished my fifth game. Had XCOM 2 released now and Civ back in February, the two might be in reverse order.

Out of the gate Civilization VI is the most complete Civ packaged I’ve ever played, building upon the successful elements of previous games while tweaking and adding its own. After the slight misstep of Beyond Earth, Civilization VI is a return to strategy greatness.

Civilization VI brings back the major features that had been carefully hammered and honed over the last several years of Civ V and its expansions: city-states, religion, trade routes, civics, spying, and more.

Everything is far more engaging and interesting. Trade routes are much more powerful, boosting a city’s output far beyond what they can work from the land. City-States now require you to earn and spend envoys. Each one offers resources and special abilities, forcing you to make careful decisions. Civics have evolved into new government policies, letting you assign cards into slots that are earned through culture. 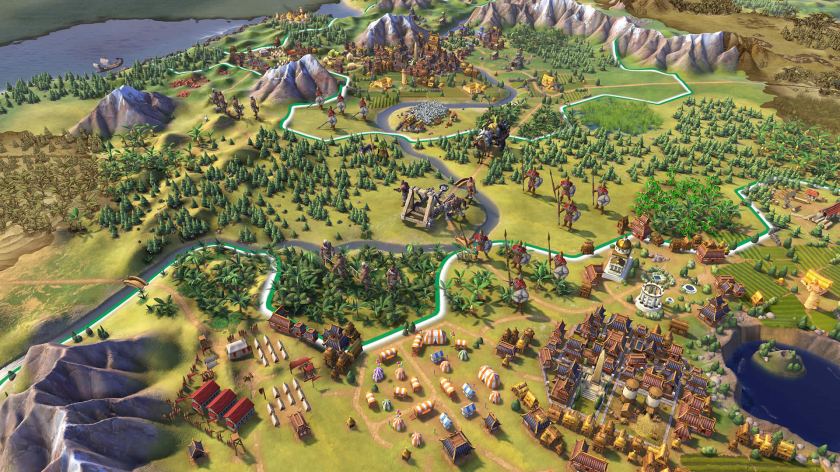 The one-unit-per-tile shake-up that Civ V gave us is still there, but modified slightly to let you link support units with active ones, like medics and settlers. Firaxis then went one step further in giving us Civ VI‘s major new feature: unstacking cities.

City building and planning have become just as complex and interesting as everything else. New districts can take advantage of certain adjacencies, and most wonders require specific placement to construct. It’s a great system that makes building and evolving a city far more rewarding than just clicking on a menu.

It’s also far more visually satisfying to see your city literally sprawl outward. The new graphics design is a bit more cartoony, which I though I wouldn’t enjoy. As soon as I met the goofy new Pixar-esque leaders, however, I was smitten. Civ has earned enough of its own quirks over the decades (like Gandhi and nukes), and this fun art style really helps define Civ as a fun board game, rather than a stoic history simulator. 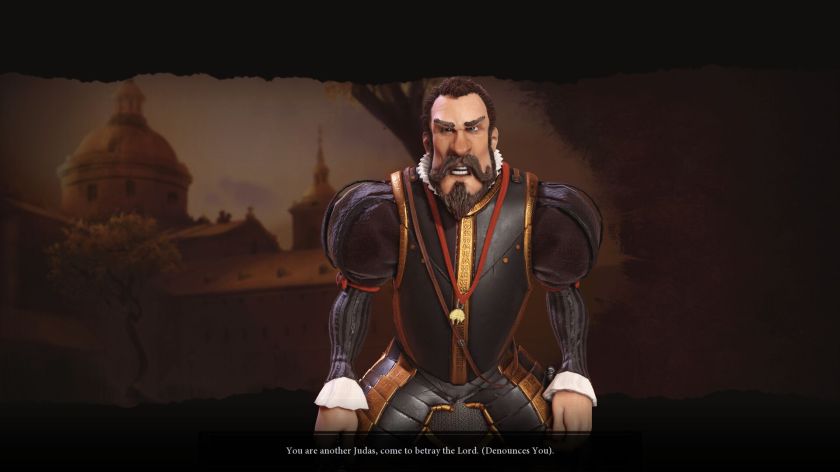 I’d played Civ II and Civ III back in the day, but didn’t really fall in love with the series until Civilization IV. When Civ V came out I remember specifically feeling that it was good, but not as great as Civ IV + expansions. Civ V had a ton of balance issues, but Firaxis did a phenomenal job over the years between free updates and paid expansions to make it the best.

Vanilla Civilization VI is already better than all that. It’s the most impressed I’ve ever been with a Civ game on launch. Assuming Firaxis keeps up with their amazing post-launch support (where’s team multiplayer!?), Civilization VI will easily stand the test of time.