We descend into the volcanic shaft of the final elemental fire dungeon and battle its fiery guards.

Streamed, recorded and uploaded every week. Subscribe for our weekly adventures. Join us live on Fridays at 10pm Eastern/7pm Pacific!

This week we dove into the final of four elemental dungeons – the volcanic realm of the fire node known as the Weeping Colossus. It’s the smallest but also the most impressive. The party takes a magical floating elevator down into a lava pit to get started, and from there things just get crazy.

Brief aside: the live stream went much more smoothly this week. I ironed out the CPU encoding issues. No more freezing! Please join us on Friday evenings if you want to watch us live.

The minotaurs and cultists guarding the express elevator to Hell were defeated last week, but Kethra wanted to do a bit of exploring before jumping on the disc. The others hurried over when I unleashed the Specters in F12 of the Fane of the Eye. The CR 1 undead went down quickly, and I had a unique opportunity.

That section of the Fane happens to include a powerful Dwarven weapon, the spiffy Dwarven Thrower. It manifests if someone is under the effects of the beneficial shrine in F10. It’s also only usable by dwarves.

Had we started new characters for “Princes of the Apocalypse,” I would have strongly insisted that someone play a dwarf. Tyar-Besil is an old dwarven stronghold, the love shrine side quest is dwarven, they can meet dwarves on the road, etc. But we started with Phandelver and no one was a dwarf, so I changed the weapon.

I decided to grab something that Miri specifically could use. Everyone else has awesome weapons and magical items they’ve gotten, but Miri has been screwed by the elemental weapons. I had made them semi-sentient and evil in my campaign, and they’re destroyed when the PCs destroy the elemental nodes.

After the loss of Windvane she was left with Lightbringer, which she’s had since like level 4. I gave her another air-themed weapon, the Staff of Thunder and Lighting. It’s a +2 quarterstaff with lots of neatly-themed air and lightning attacks.

We returned to the disc and Talus decided to test me by saying the command word to make the disc rise rather than descend. I did have to scramble a bit, but I had the full fire temple ready to go. It was the one dungeon section that my players have completely skipped. They know the prophet isn’t there and they need to get to the node ASAP.

They peeked around and saw the fiery forge at E13. I purposefully didn’t have anyone notice them, and sure enough the party shrugged and decided to drop back down.

As DM I’m torn by the players’ predicament. On the one hand, exploring dungeons is what D&D’s all about, and there’s some good stuff up there. On the other hand the players are vastly over leveled for the fire temple at this point. Without the prophet, finding the disc in the middle of the dungeon is the main reason for going there, and they’re already on the disc! I’m glad they decided to skip at, even if it stings a bit to build a full dungeon they don’t delve into.

The Weeping Colossus is an amazing dungeon, however, and I’m super stoked we saved the best for last. It’s a bit small compared to the other massive node dungeons but it’s packed with great stuff in every room.

The opening area (W1) already puts the players in a tricky situation – the middle of a lava-filled room with fire cult spellcasters in tunnels able to fling spells at them from afar.

Kalinaar and Talus used Misty Step to get across the fiery pillars, while Miri and Kethra chugged Potions of Fly (I had to remind them to sift through their inventory to see if they had something that could help them).

By the way, flying monks are awesome! Both fliers had a lot of fun. Miri would grab the Flamewrath mage repeatedly and fly her up to the ceiling to drop her, while Kethra grabbed the fire mage and dunked her in the lava (quickly realizing that all the fire cultists are immune to fire).

There was a lot of grappling in this session, and I had a plan up my sleeve. It took me multiple rounds but I was able to grapple Talus with a Razerblast and jump into the lava!

That 6d10 damage is no joke. Talus was able to Misty Step out of it, but then the Razerblast climbed out and stabbed him with his spear, downing the mage. These PCs very rarely ever go down, so that was a pretty damn big deal. The lava dip made for one my favorite moments in our campaign.

The others had to deal with a Fire Giant. Kalinaar got a Menacing Strike off to FRIGHTEN the giant, which saved his ass from a ton of damage due to disadvantage. I didn’t analyze the math but it’s possible Kalinaar would have gone down without it.

At one point all four of them surrounded the fire giant (after giving Talus a health potion) and were able to take him down, then they finally mopped up the mages. I actually burned through all my spell slots with the Flamewrath and Eternal Flame Priest (the latter whom had all his Fireballs Counterspell’d by Talus). You guys know my mages usually only last a single round, so this was a crazy fight! 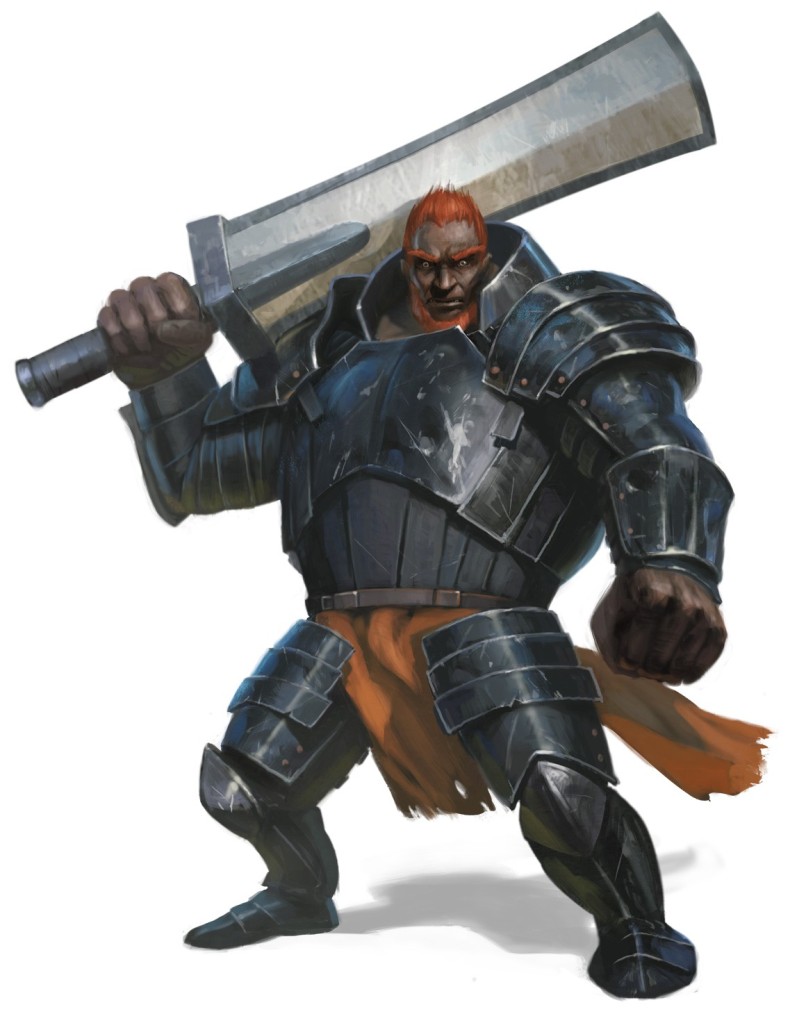 The entire battle took most of the session and the party was beaten, bruised, and drained afterward. And it’s only the first “room” of the dungeon! Delicious. I feel like they have rarely been truly challenged in these final elemental dungeons but the fire node is a cut above.

Unfortunately since we only made it to the opening room, I’m not sure if we’ll be able to finish the dungeon (and thus the campaign) next week. Depending on the speed and efficiency with which the party can tackle the next couple sections, it will most likely get split up into two sessions. Note that regardless of when we finish, we’ll also host an Epilogue & Recap session after it’s all done, where I’ll announce our future plans!

Streamed, recorded and uploaded every week. Subscribe for our weekly adventures. Join us live on Fridays at 10pm Eastern/7pm Pacific!