Since I relinquished DMing to one of my players for this special one-shot mini-adventure, I’m also letting him write this recap! Enjoy.

With our normal “Princes of the Apocalypse” adventures briefly delayed, our group decided this week to do something different, and switch to a one-week, one-shot adventure with a brand new party of adventurers, and suddenly I find myself not in the player seat, but in the role of the DM.

Our story started quickly, with four traveling adventurers running across a notice calling for help. Answering the call, the party located the village elder and introduce themselves; Havelock the sea pirate human cleric, Gramosk the reckless half-orc barbarian, Aurenia the half-elf Bard, and Ialeth the wood elf ranger [we started at level 2 for the purposes of this adventure -EW].

The elder explains that villagers have begun to missing and the animals in the surrounding forest have begun acting erratic and dangerously. The elders son had also gone into the forest with some friends to stop whatever was happening, but they had also disappeared, not to return. He begged the party to venture forth and stop the curse and save his people and son.

After a few questions, the party ventured out to the forest, first scaling a hill to get a sense of the land, noting the swamp to the east. Both the barbarian and the ranger had experience with the woods, but that didn’t stop the barbarian from immediately walking directly into a thinly veiled pit trap and falling in. The adventure begins!

Moving a bit farther into the forest, the party ran into a trio of wolves, who regarded them coolly before barking and running to the north. The party deliberated on what to make of this, deciding to follow them to the north. There they found not the wolves, but a destroyed cabin with a camp set up inside.

Investigating the camp, they find it undisturbed and intact, but with some thick green liquid splattered on the ground around the bedrolls. Havelock detected that the green liquid had some magical properties. While he was doing that, however, the party was being stalked.

Aurenia just barely noticed the creature before it was able to pounce, and Gramosk advanced on it before the Saber-Toothed Tiger attacked; the party’s first taste of combat was upon them! The tiger got some solid blows in, but the party was able to whittle it down and defeat the tiger without taking much damage.

Ialeth took note that the green liquid seemed to change the tiger slightly when she dipped her arrows into it.

After defeating the tiger, the party was immediately approached by a lone Bullywug, croaking at them incessantly. Aurenia used magic to understand the creature, gathering only a few key phrases: “Stupid Animals”, “Stupid Humans”, “Bad Water”, and “Bad Tree”. 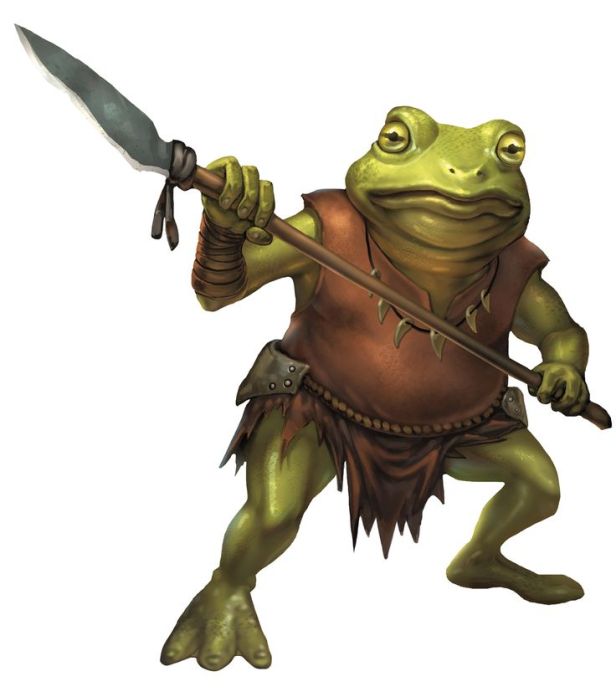 The Bullywug led them to Southwest, where some fetid pools of water scared the creature immensely. The party stepped to the pools, triggering the three swarms of leeches hidden beneath.

The leeches were intended to be a bit more of a challenge than they ended up being; they had a weakness to bludgeoning damage that spelled their demise when Gramosk pounded his maul into them, and the ones that survived that fell to the psychic attacks of Aurenia.

Immediately after defeating the leeches, the Bullywug thanked them and took off, leaving Havelock a little off put with being essentially used to do the creatures dirty work. The party left the area, heading north, and climbed a rise to a glade.

At the glade, the party found a massive, twisted tree with large, green, glowing pods. Beside the tree was a dryad and a young boy, the dryad performing some sort of ritual with one of tree pods. When she broke the pod and poured more green liquid on the boy, Ialeth had seen enough and struck. The liquid had already touched the boy, however, turning him into a small fox that skittered away.

The battle was joined! The dryad summoned both an elk and two falcons to join her in battle. The elk immediately charged and rolled a massive crit that took down Ialeth in one attack. The falcons descended on Aurenia while Havelock attempted to heal Ialeth.

The battle got pretty desperate for a bit, but the party was able take out all the animals pretty swiftly. They had seen enough to correctly guess that these animals might not actually be animals, so did their best to incapacitate and not kill.

They then turned their attention the Dryad and the tree. They were able to gather that both the animals and the Dryad were being somehow controlled by the tree’s green glow. Aurenia, however, was not feeling merciful toward the Dryad and landed a killing crossbow bolt.

Both Havelock and Gramosk attempted to approach the tree, only to be overwhelmed by the mind-controlling effects, though both rolled successful saving throws. Ialeth knew well enough not to get too close, instead shooting flaming arrows into the tree, setting it ablaze. The tree burned into a thick black smoke, and its magic dissipated.

The animals they had knocked unconscious and the boy turned fox all returned to their original human form. They also encountered three men, one of whom was the elder’s son, who claimed to be the wolves they encountered, saying they were trying to convey who they were before the tiger attacked.

The elder’s son said he would find any remaining villagers in the forest, and the party returned to the village with the survivors to receive thanks for a job well done and a paltry bag of silver for their effort.

Overall, I had a ton of fun being DM for a night, I enjoyed all our new characters and had a good time putting the story together, and the evening seemed to go off quite well.

Next week is a return to “Princes of the Apocalypse” and my return to Kalinaar, a far less stressful role, but I’m excited about the possibility of more DM adventures in the future.