We stir up the hornet’s nest at the entrance to the Temple of the Black Earth, then confront a Mud Sorcerer

After weeks of side treks, character-focused story lines, and overland travel, we’re back to good old fashioned dungeon crawling. We’re officially entering the late game portion of “Princes of the Apocalypse.” The PCs know what needs to be done and generally where to do it.

But the elemental cults have large, sprawling, interconnected dungeons. Time to knock on the main entrance!

Faced at what looked like a grand entrance into the ancient dwarven stronghold Tyar-Besil, my players opted to quietly retreat and rest upstairs in the friendly lich-controlled monastery. A wise choice, as the Temple of the Black Earth is prepared to empty out nearby rooms full of baddies when heroes approach.

The party saw past the ruined main entrance into the great hall (B4) where a few Hobgoblins camped out near a campfire. Kalinaar waltzed up to hail them, for some reason, and they immediately attacked. 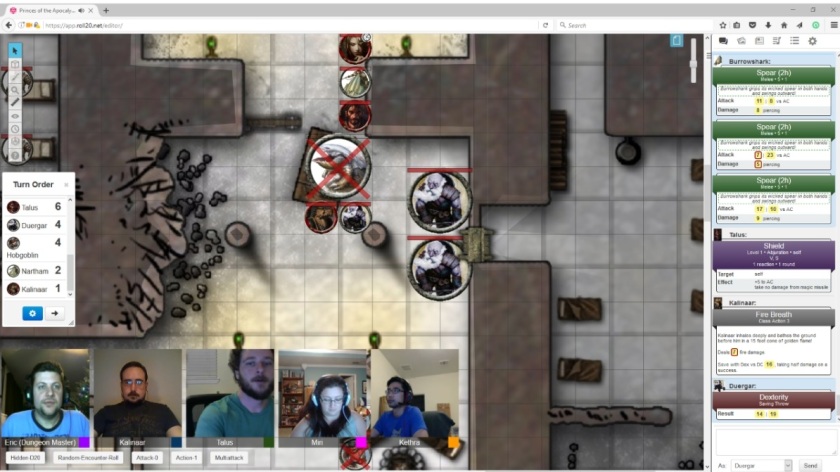 Miri’s quick initiative often means she’s first in the room and first to defend against the waves of bad guys. That definitely played out here. I had an Earth Cultist Burrowshark and his mount Bulette explode out of the ground right in the middle of the rest of the party, chomping on Kethra for some really solid damage (even after her Uncanny Dodge).

The rest of the party dealt with this new threat while Miri battled the hobgoblins. On round 2 I added the nearby Duergar (B5), with some firing their crossbows through the arrow slits in B3.

Talus launched his new spell Evard’s Black Tentacles at the bulette and its rider, stymieing my progress. The Burrowshark was forced to abandon his mount while the bulette’s beefy stats fell quickly to the onslaught by Kethra and Kalinaar. 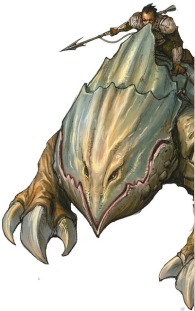 Miri was handling the hobgoblins easily, but yet another door opened, revealing the nearby barracks/break room (B7). A Black Earth Guard, some cultists, and another burrowshark began funneling out.

These big fights offer a fun change of pace from single static rooms. It reminded me of the large combat sequence in the Temple of the Crushing Wave following Gar’s defeat.

Despite the large numbers of additional opponents, none of them were particularly powerful after the bulette fell. I added a fun little wrench in the combat by having the second burrowshark run like Hell toward the South to grab his mount, which was chained up in B9.

Talus had cast Haste on Kethra to help clean up the foes. After the first Burrowshark fell, she ran all the way through B3 into the Hallway outside the Mud Sorcerer’s room (B8). She had caught up with the burrowshark, and I decided he’d turn and face her one on one.

She got some solid hits in, but rogues are far less powerful when they can’t get their sneak attacks in. The other three cleaned up the remaining foes, including weak cultists and enlarged Duergar, before finally heading South to help take out the final burrowshark.

It was a fun battle that included some tense moments, as Miri had to chug multiple health potions to stay alive (literally defending against about half the foes in the area), and Kethra had that nasty hit from the Bulette in the first round. It was definitely a good thing they decided to Long Rest first!

Multiple paths were available but Kethra had a plan. She used Alter Self and the second Burrowshark’s clothes and, uh, musk, to approach his chained Burrowshark. This gave me an interesting dilemma as a DM.

On one hand I appreciate when my players think of fun strategies outside the box (that don’t horribly break the game or story). I like to reward creativity. But in this case the plan wasn’t quite going to work. Kethra wanted a new bulette mount which would have been terribly game-imbalancing. Plus, the process to bond to a bulette can’t be done with a disguise, even a magical one.

So I let her approach and even climb onto the beast, but she couldn’t operate it. Essentially she could climb in the car but not turn it on. The player was disappointed and I felt bad, but it is what it is. Kethra briefly thought about attacking the beast, and while I thought that was pretty damn cruel, I was willing to give her Advantage and a Surprise Round.

The player thought better of it when the rest of the party decided to open the door to the Mud Sorcerer. Kethra re-chained the beast and walked away to join the others, but still disguised as the Burrowshark. 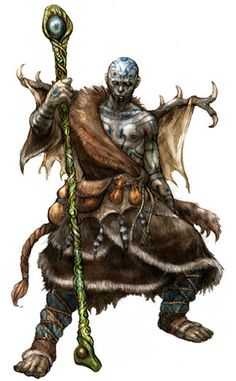 Miraj Vizann has some notes in the “Princes of the Apocalypse” campaign book. I appreciate when named villains are given a sentence or a paragraph in case I want to role-play a bit. Not every room needs to explode into an immediate fight.

Miraj was willing to strike a deal with the PCs: attack the fire cult, and he’ll reward them with some spiffy black crystals.

The party responded about as I expected: you’re a bad guy and we need to fight you. Kalinaar is basically in charge of all their decisions, and Kalinaar is implacable.

The fight began, and Kethra and I had a bit of fun with her disguise during the combat. A nearby stone golem sprang to life to help defend its master, but I was utterly disappointed in its performance. I should have suspected, as the PCs were able to defeat the stone golem at the bottom of the moat in the Air Temple several levels ago.

As per tradition I only got a single round off with my spellcaster before he was taken out (at least I got a solid spell off, sigh). The golem didn’t last much longer – even with a +10 to hit I managed to miss an entire round of strikes. Blergh! I swear the CR 1/8 cultists did more damage than it did. So it goes.

We made some solid progress into the Black Earth’s domain. We also hit a new record for total XP earned in a session (over 3500 each). The PCs kept Miraj alive and used Kethra’s disguise to suss out the passcode to the golem that guards the path to the fire cult. They also learned of a staircase down to the Fane of the Eye to the West – and that Marlos has retreated to the Earth node below that. We’ll have to see if the PCs can keep up this successful momentum.